By Makangari (self media writer) | 4 months ago

Many decades ago, I recognized my kinship with all the human beings and as Sufi, I made up my mind that I was not one bit better than the downtrodden on the earth.

I said then and now that while there are people living in abject, dehumanizing and grinding poverty, am in it, while there is lower class, am of it. there are criminal elements am with it and while there is an innocent Waleyta domestic worker is brutally attacked, am not free. That was why I had to post this picture of a girl who was subjected to torture by her employer.

The culprit is a Kenya police Reservist Officer based in Elwak whose name is Abdullahi Alio popularly known as Abdullahi Sheytani and he lives true to his name a Lucifer. He's now in police custody in Elwak.

He has been disarmed too and we shall follow up with the office of the Directorate of Criminal Investigations so that this Sheytani faces the full force of the law.

We have all along advocated for the rights of the marginalized and the most vulnerable. Waleytas are no exceptions and they're in Mandera County, They're economic migrants.

However, there are those who blame the Waleyta workers for the increase in the HIV/AIDS rate in Mandera others blame the poor Waleytas for rape cases, etc.

That is neither here nor there. The Waleytas are in Mandera earning honest living. They work hard as domestic workers. Yes, most of them don't have work permits, some who work in hotels don't have documents from public health services.

They're a small minority and a being Christians in a dominant Muslim county in a country where they are foreigners make it difficult for them.

Some poor Waleytas have been subjected to domestic abuse; many are victims of sexual violence; some go without pay for months; some fired without their dues.They cannot report the injustices committed against them to the police because they are illegally in the Country. They are silent victims and they have no one to speak for them. Remember to pay their dues. The money that they earned from the sweat of their brows is haram if you take it. You will burn in hell and you will suffer here on earth if you fail to pay them. 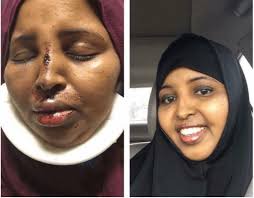 with respect. And no xenophobic attack on them.

As Sufi Muslim of Qadriya order and as a law-abiding citizen of the Republic of Kenya, and as resident of Mandera County, I urge you all to respect the Waleytas. I speak for them and stand up for their rights.That is what Islam is; that is what Islam preaches.