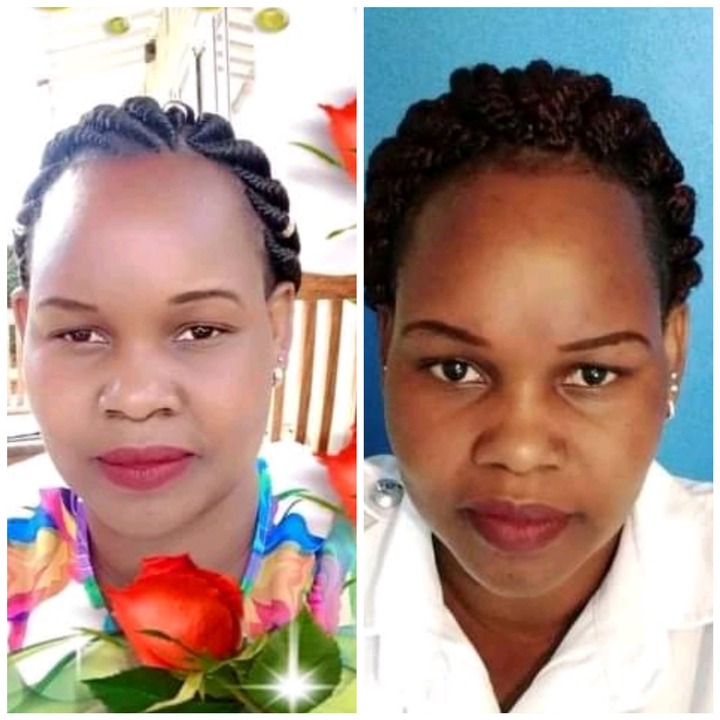 Law enforcers are probing on a woman suspected to be behind the sudden murder of police Constable John Ongweno in Nakuru.

Sleuths were in shock after the body of the deceased was discovered at car park in Kasarani Police Line in Nakuru county.

A new twist has evolved as fingers point at a mysterious woman identified as Caroline Kagongo for being suspected to be involved in the merciless murder of the police constable. 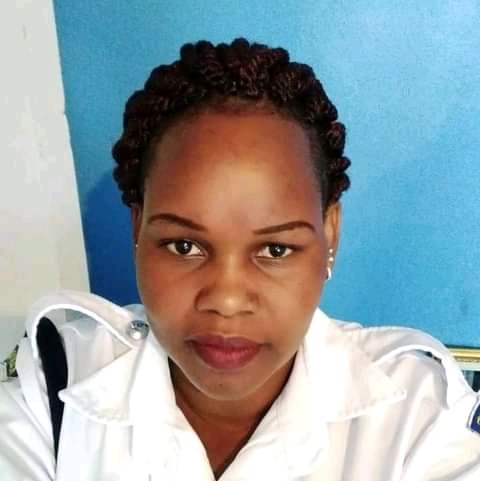 According to sources, the two were allegedly in a relationship and deep in love. They were last seen with the deceased at Nakuru Police Mess.

The suspected assailant is on the run after the incident made rounds on social media. However a red signal as been issued as the woman has been termed as armed and dangerous.

In addition, an Ceska pistol of serial number 94676 which was loaded with 15 rounds of 9 me is said to be missing from the deceased's car.

Law enforcers and the public have been requested to be vigilant and report the whearbouts of the suspect to the nearest police station. 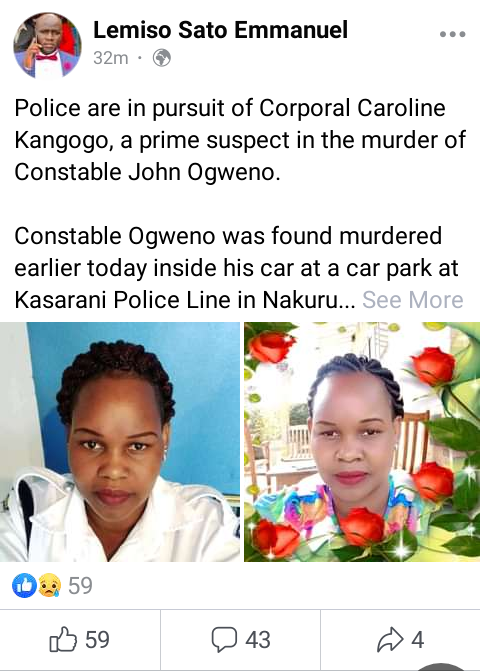 The details emerge at a time where another senior DCI officer surrendered himself to the police after allegedly throwing his girlfriend from a four storey apartment.

Azziad Nasenya Responds After Edgar Obare’s Exposé, Cites What She Can't Do