DCI detectives have arrested a man who is suspected to have killed his lover in a lodge. 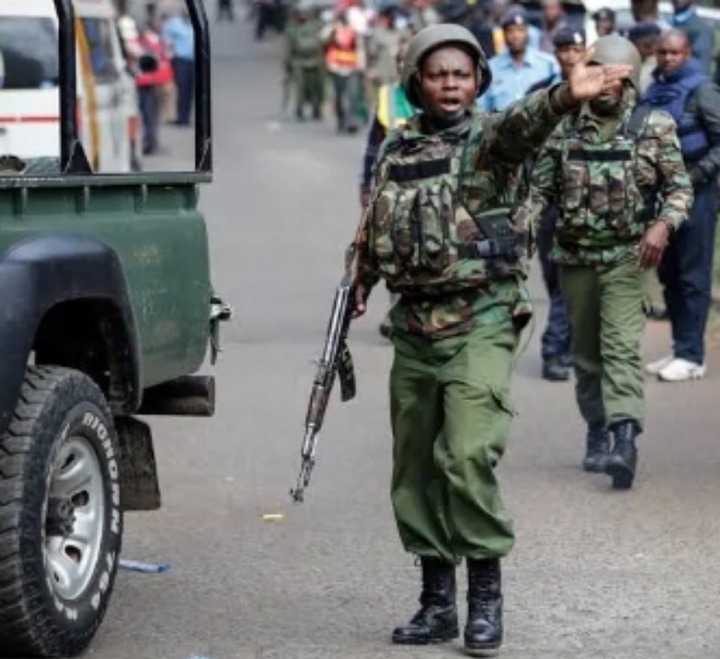 Detectives in Central Police Station have arrested a man who is suspected to have murdered his lover in Bull- K Lodge along Keekorok Road.

In a report via Modern Digital Corps, a security officer guarding Bull- K Lodge has reported the incident to Central Police station on Saturday, July 31, after it was confirmed that the female lover had died in the lodge in unknown circumstances.

The security officer who was identified as John Chapia Natili has recorded a statement with the police officer informing how the incident happened.

He informs that at around 7 p.m on Friday, July 30, Martin Njathi a Kikuyu man went into the lodge and was accompanied with unknown female whom they were to spend a night with.

At around 5 a.m, Martin walked to the entrance and requested the Security officer to allow him leave. The security officer informed him that he could not leave only according to the regulation of the lodge.

When they went back to the room, they found the lady without clothes and she was lying on the bed. Their efforts to wake her up failed and they realized that the lady had passed on. Her body was oozing blood from her private parts.

The body of the lady was then taken to the murge for post-mortem. However, detectives have nabbed Martin as the prime suspect as investigation continues to identify the cause of the death.

This comes after a man in Marugua, Muranga County was reported death inside a lodge. The lady who had accompanied the man stated that while she was taking shower she heard the man groaning. The police later recovered some condoms together with an empty satchet of pills. 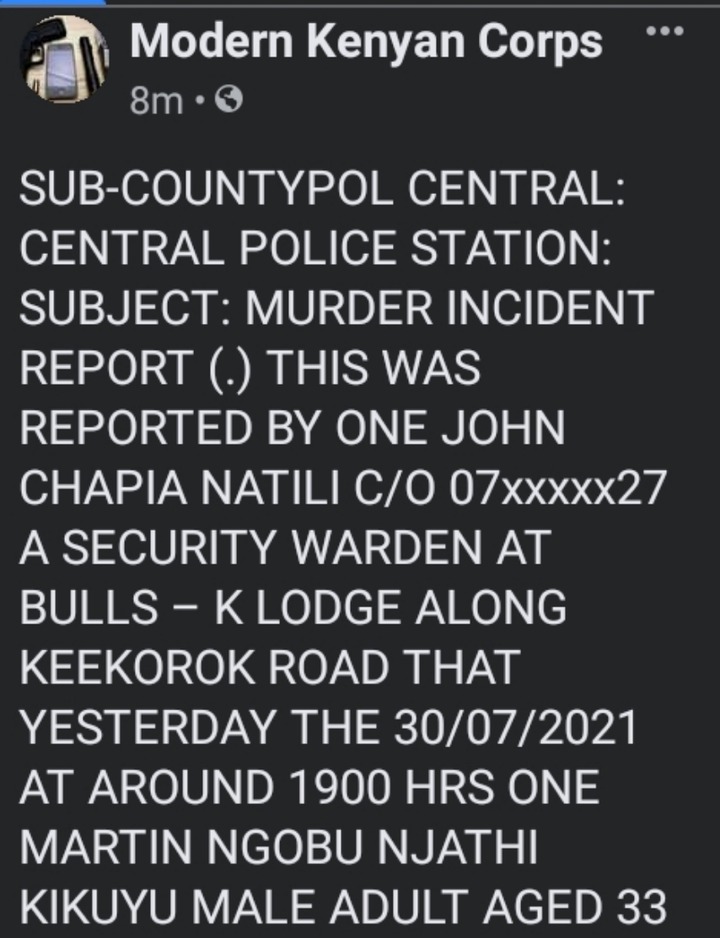