Police have confirmed that one of their own who was on Wednesday July 6th 2022 captured in a video while drunk and worse still armed has committed suicide. The Buruburu police officer was video recorded creating a scene in public while drunk and clad in the police regalia.

The body of the police officer who is identified as Constable Harrison Mugo was found on the morning of Thursday the 7th of July 2022 hanging inside an old police canteen that got burnt down some years back. 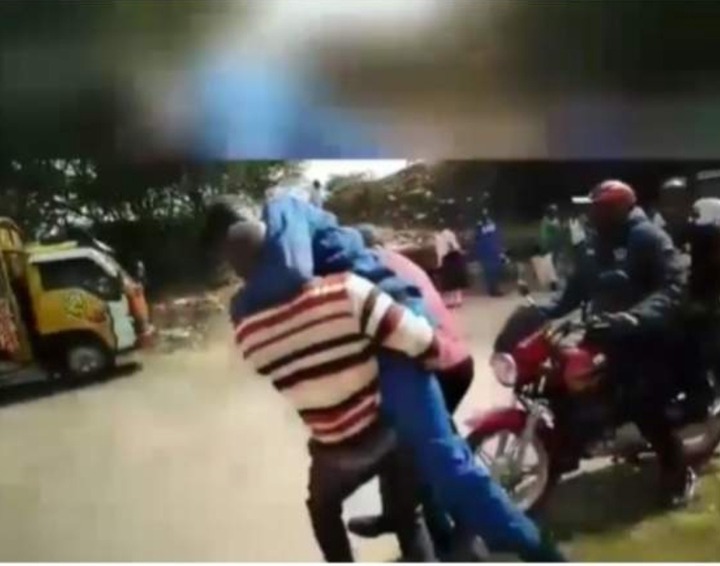 The groundsman of the station that the late Mugo served; Salim Onteri is said to have spotted the body hanging from the rafters while he was performing his normal duties near the canteen and thereby reported the matter to the station commander.

According to a police report seen by K24 Digital, the body of the deceased had no visible physical injuries and no suicide note was found. The deceased officer was the one whose clip went viral yesterday (Wednesday) after he was filmed being drunk and disorderly while in police uniform and disciplinary action had been taken against him.

In the video that has been making rounds across various social media platforms, the late Constable Harrison Mugo was seen walking back to the station armed while armed with an AK47 assault rifle. At one point in the video, the late Mugo is seen falling down and is helped to get up to his feet by two members of the public. The two pedestrians are then seen carrying him to a matatu that was parked beside the road.

The NPS spokesperson Bruno Shioso condemned the drunk officer terming his behaviour unbecoming, unacceptable, and unprofessional. This came a few hours after the video had gone viral. 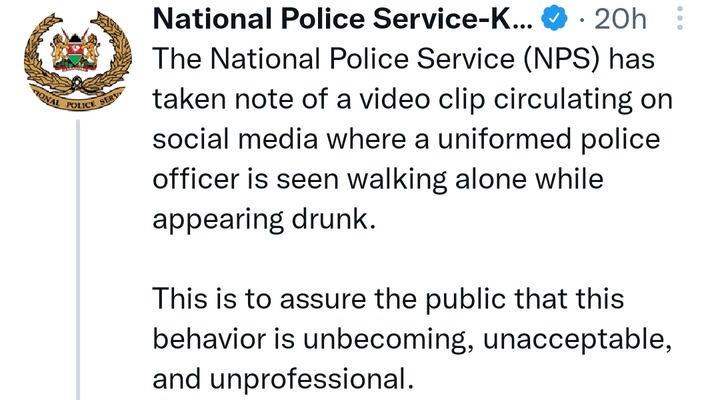 Content created and supplied by: Zak001 (via Opera News )