By Dimplez (self meida writer) | 8 days 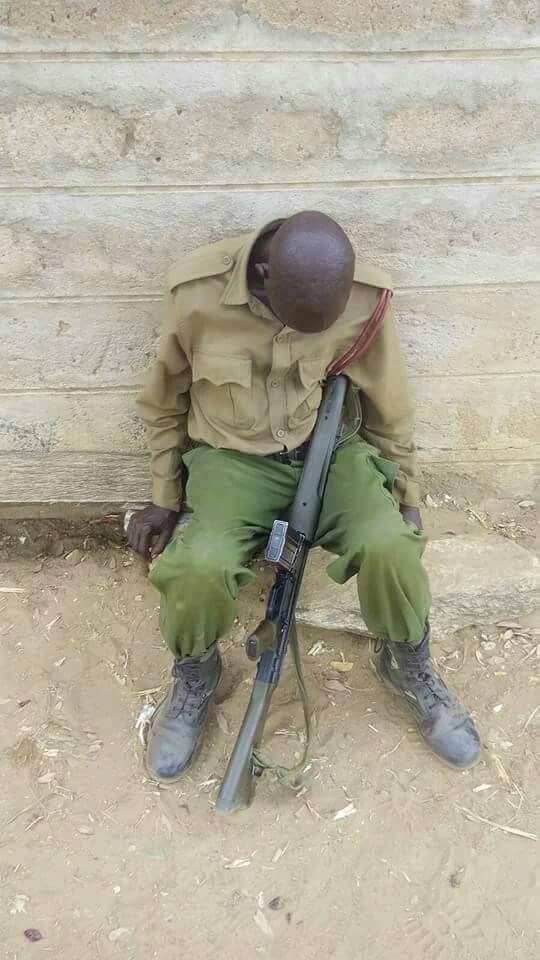 Police Officers are currently holding one of their colleagues after he reportedly stole alcohol kept as an exhibit.

According to a statement recorded at Marimanti police station, it was reported by Pc David Ngiti that while he was passing near the station he noticed that PC Davis Kamunde had escorted a prisoner namely Elphantus Kamau, and stole 20litres of Nguzo from the store and went with it to the cells.

The OCS was informed and mobilized other officers and went to the cells and recovered the 20litres jerrican and kept as an exhibit.

The said officer was then arrested for the offense of stealing the exhibit.

He will be arraigned in court tomorrow.

Of late police officers have been nabbed involving themselves in some worrying trends.

A majority have been nabbed giving out their uniforms, and even handcuffs to civilians.

Just yesterday a police officer was nabbed alongside a 17-year-old boy who had done in police uniform ready to extort money from unsuspecting Kenyans.

During a citizen tv exposee, police officers were named as the main culprits who have been Aiding Crime in the city. 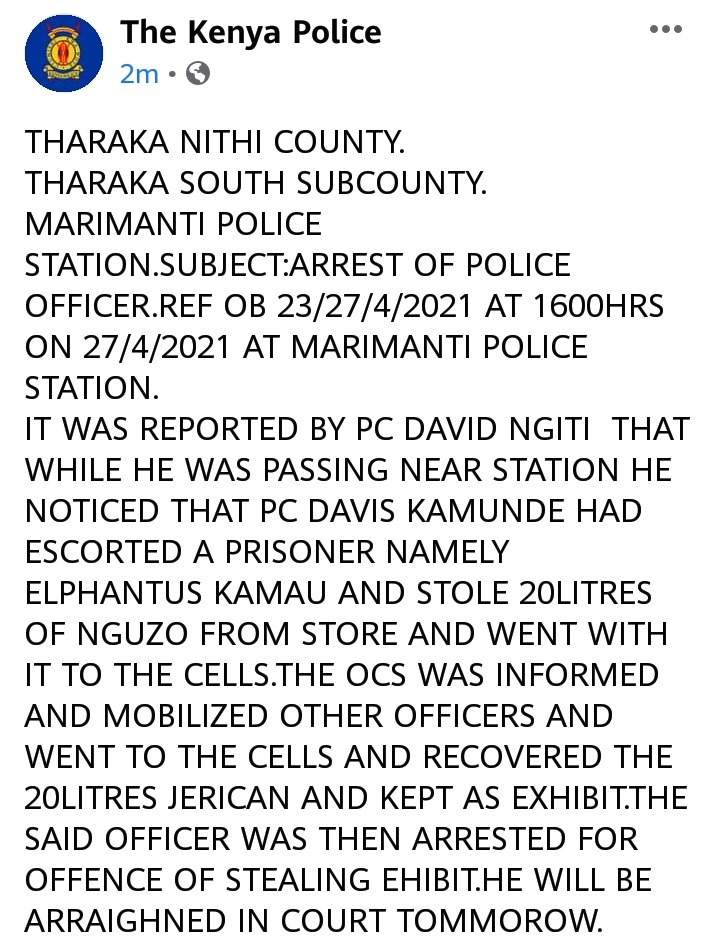 Tragedy In Machakos After A Boat Full Of Fishermen Capsized, Two Found Dead