By SamMunyaka (self meida writer) | 23 days

A 40-year-old man, Stephen Adungo, has been arrested by police officers after beating a 60-year-old man, Christopher Omaye, to death for allegedly trying to sneak into his wife's house in the night. 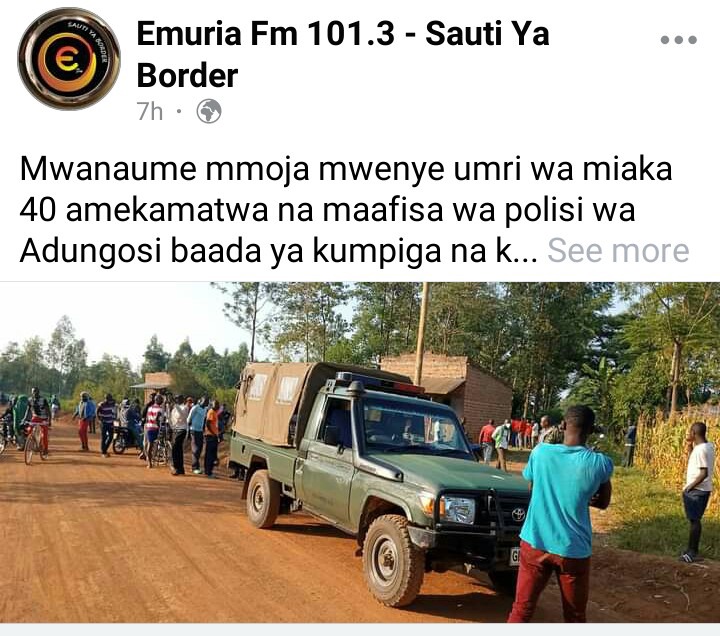 According to reports, residents were shocked after Christopher Omaye was heard screaming at the top of his voice in the night at Stephen Adungo's house.

In a bid to confirm what was happening, they found Stephen mercilessly scourging the old man who is said have been having an affair with one of his three wives.

They were unable to rescue the poor old man as it was too late. 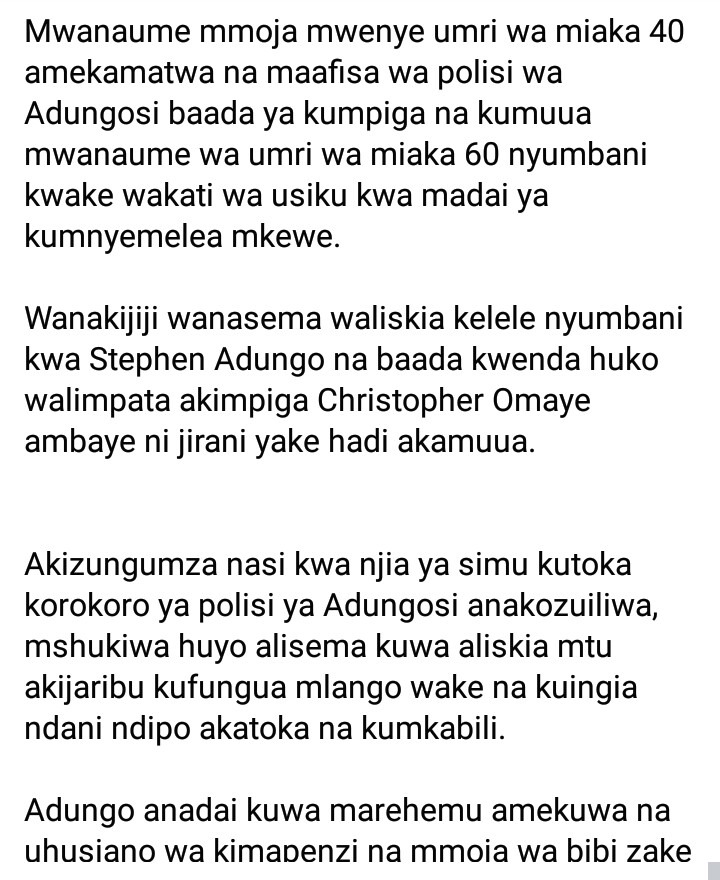 In an interview with Emuria FM, the suspect claimed that he was forced to react after the old man tried to access his house.

It's when he descended on him with kicks and blows before killing him.

He further noted that the man had been flirting with his wife for a long time despite being warned on several occasions.