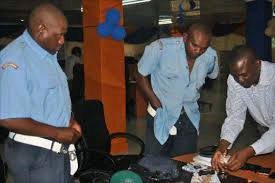 Kiambu police arrest 4 warders suspected of conning 2 people out of Sh2.1m under the pretence they'd secure the duo admission at Kiganjo Police College.

Kiambu County police boss who confirmed the incident said the four were arrested after police were tipped-off by curious member of the public.

The four identified as James Opito, Jackson Makokha, Kyle Kennedy and John Serut who were arrested on Saturday, April 9.

They had allegedly conviced the victims that they would secure them a chance a place in the correctional facility and later gave them fake prsion calling letter bearing their names.

In a circular by Kenya prison service, police clarified that that there is no recruitment drive going on, saying that if there is any, it would be gazetted. 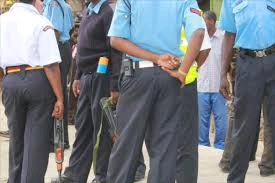 The four are currently in police cell as investigations into the matter goes on.

This comes barely two days when a man who pocketed sh1.8 million by posing as police recruiter, was arrested.

Residents and the complainant nab the accused as he tried to escape in Karatina town.

Mathira east police boss Benjamin Kipkorir confirmed the report saying the suspect and others hosted the victims' parents at Hilton Hotel, where they produced Ksh.600,000 each and were served with fake calling letters to the Kiganjo police training college. 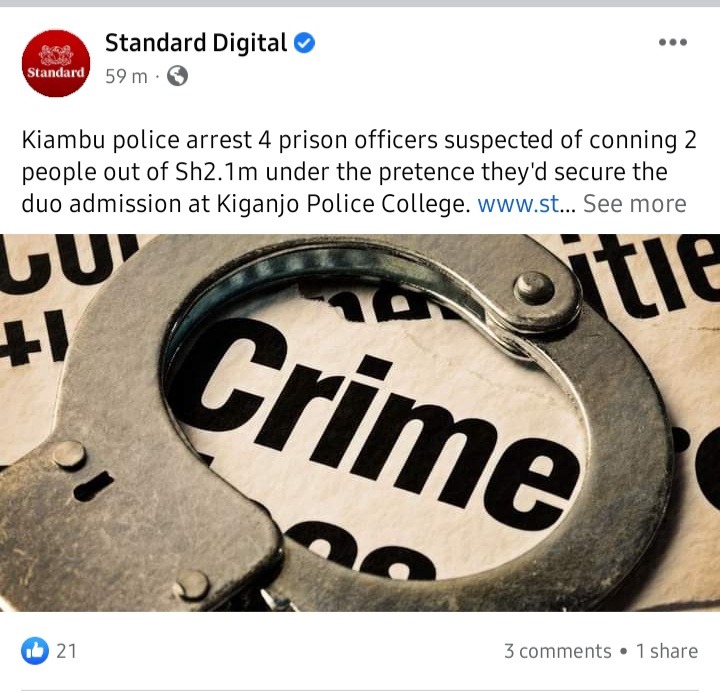 Juliana Cherera Responds to Those Ridiculing Her