The Azimio la Umoja One Kenya Alliance has been camping in Kisii and Nyamira County for the past two days where thousands of Kenyans have come out to support them in their bid to ensure that they take over the next Government.

Yesterday, while in Kisii Stadium, Martha Karua was hurled a teargas cannister that disrupted the entire meeting and forced people to leave the meeting early with Azimio la Umoja Running Mate being rushed to safety.

Martha Karua later on came out to condemn the incident but say that she was okay and had not been harmed in the incident last afternoon.

According to reliable reports from the National Police Service, the main culprit that discharged the teargas cannister on the crowd was identified and arrested and was arraigned before a court of law today.

After conducting the most thorough investigations into the incident, it was established that the main person who is suspected to have been responsible for the teargas show was non other than a Police Constable identified as Josphat Makori.

He was arraigned before a court of law where he was charged with various crimes and was held for the next ten days when he will again be brought before the court of law.

Here is the statement from the National Police Service, "The National Police Service has wished to appraise the public on the investigation's progress which have are still ongoing and the subsequent actions after the discharge of a teargas canister done yesterday at a public meeting which was presided over by Hon. Martha Karua of Azimio la Umoja in Kisii County." 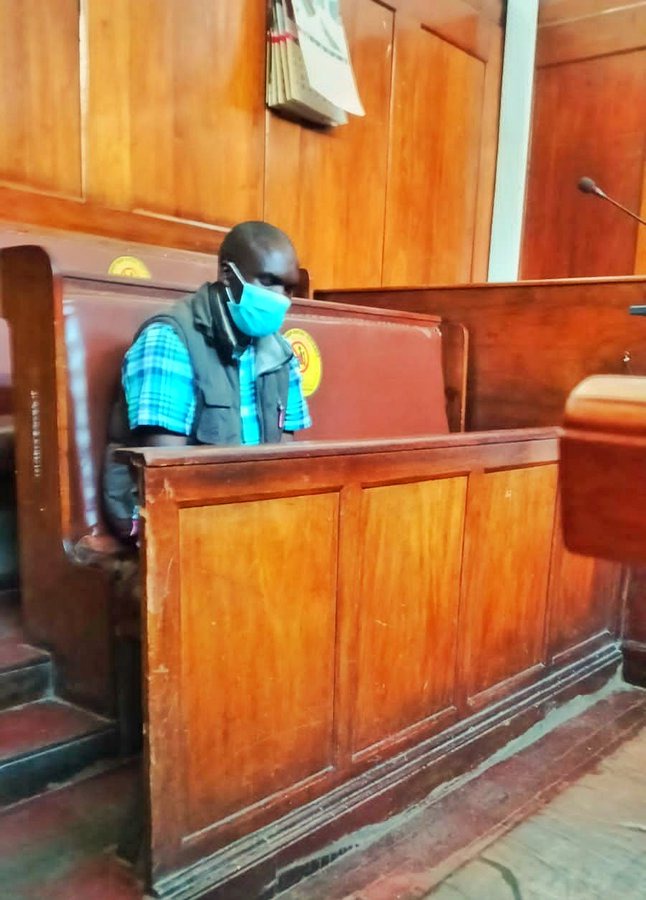 Picture courtesy. Police Constable Josphat Makori who is accused of hurling the teargas at Azimio Leaders in Kisii.

Raila's Statement After KIEMS Kits Failed In Some Areas, Attacks Ruto For Benefiting From His Idea