Vigilant Police detectives have managed to arrest three notorious drug peddlers operating in Mwingi Town and have been known to be selling narcotic drugs to twilight girls operating in the town at night in search of their daily bread.

The three suspects who are in their early twenties have been identified as John Musya, Paul Mumo and Julius Musya with area residents bemoaning of their young generation languishing in the den of drugs. 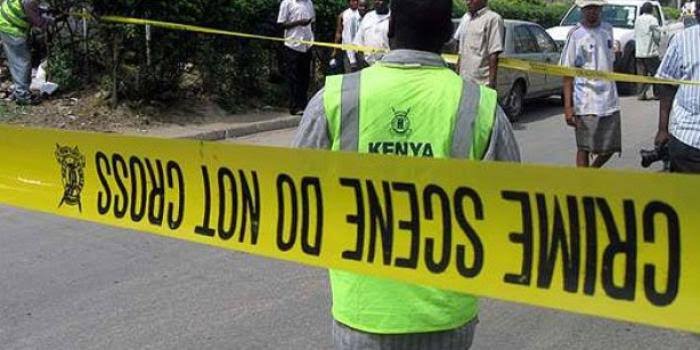 The Sleuths found the traffickers in possession of seven sachets of Heroin and over ten rolls of bhang with the suspects further conducting their operation past 10 pm thus contravening the curfew rules.

"Three suspects were last night arrested in Mwingi town, after they were found selling narcotic drugs including heroin. The suspects John Musya, Paul Mumo and Julius Musya all aged between 23-24 were arrested as they hawked the highly addictive illegal drug." DCI Tweeted.

They are currently in police custody as they wait to be arraigned in court to answer to charges for being in possession and trafficking illegal drugs. 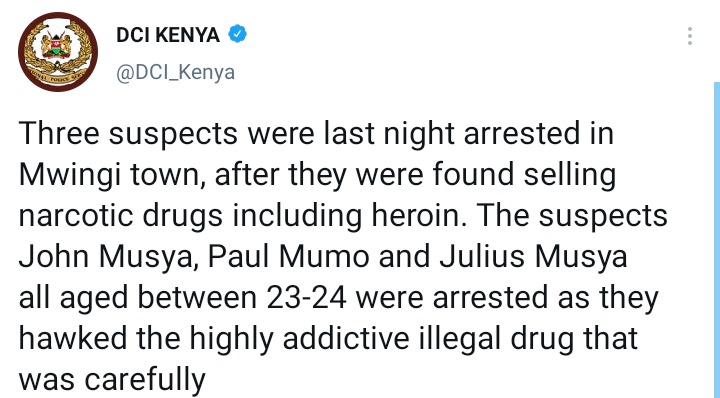