By Awuol (self meida writer) | 7 days One suspect alleged to have snatched a wallet from a pedestrian along Oginga Odinga-Obote Street in Kisumu town was lynched by irate crowd before police police intervened.

The suspect is alleged to have clad in jeans and sandals was when committing the crime. However, his plan did not go as he had planned as rogue members the public prevented his escape.

The pedestrian whose wallet had been snatched vowed to arrest the suspect and take him to the nearby police station to be charged for theft. 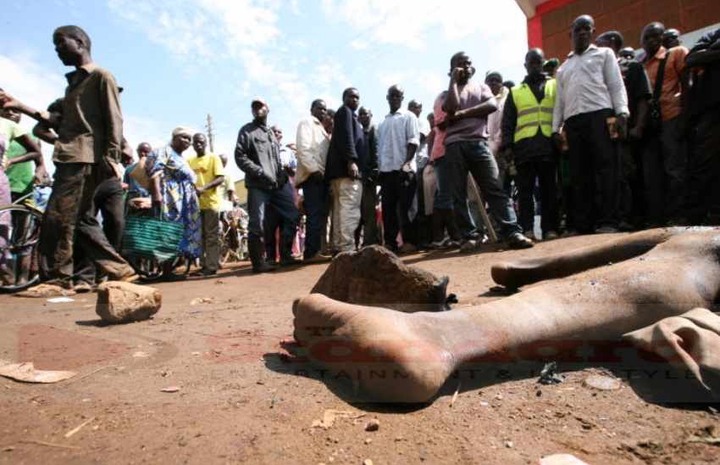 The man was cornered by the angry mob that responded to a distress call in an attempted theft.

One of the Bodaboda chairman identified as William Ojwaka said he received a call at around 4:30pm informing him of a robbery in the area prompting him to summon Otonglo Police station.

" When police reported, the charged members had responded in their hundreds and had arrested the suspect who was immediately lynched," William said.

He said the suspect was arrested and police officers are investigating the matter. 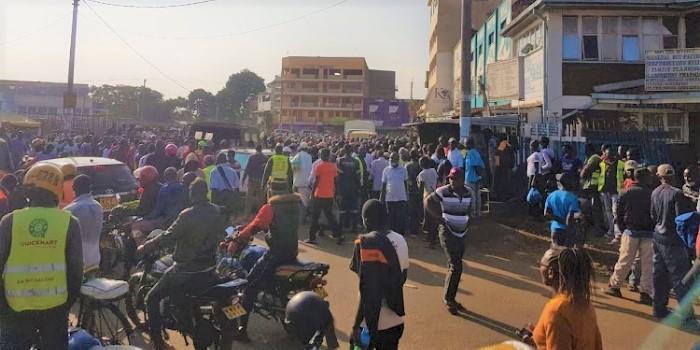 The scene attracted a large crowd who watched helplessly as the charged crowd ri used whatever they could find to clobber the suspect.

It took the law enforcement officers one hour to disperse huge crowd that formed on Oginga Odinga-Obote roundabout where the incident happened.

Police cautioned the members of the public against taking the law into their own hands adding that such suspect should be arrested and handed over to police officers.