You Are Free To Take You Son's Body To Bury, Police Now Tells Wanjala's Father

By Humble (self media writer) | 5 months ago

Police have dismissed claims that they are holding the body of confessed serial killer Masten Milimu Wanjala.

“We are not interested in the body anymore. The family should have picked it for burial immediately after autopsy,” said Musyoki

The father to Wanjala had early questioned the government on the whereabouts of his son.

Robert Watila, Wanjala’s father, has insisted that the police refused to produce the body.

Watila, 55, said he had never set eyes on his son’s body since lynching by a mob at Mukhweya in Bungoma County on October 15.

“I would like to have his body so I can bury it as per our culture, but the police appear noncommittal,” said Mr Watila.

He said two days after his son was killed, police forced him to sign forms at his home.

“By signing the forms, the officers said I was confirming that Masten was murdered and I witnessed the postmortem. How can one confirm what he or she has not seen,” he posed.

Watila says bad luck may befall his clan if he is not allowed to bury his son as per the traditions. 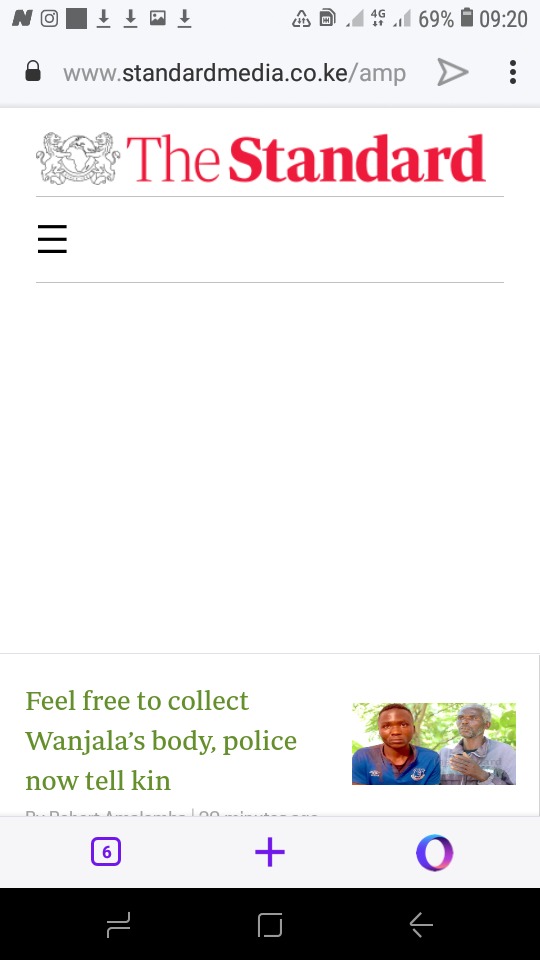 Content created and supplied by: Humble (via Opera News )

"I Fell in Love With A Celebrity, And I Never Want To Date One Ever Again" Popular Actress Regrets

The Gifts Mama Ida Odinga has given to Wellington Otieno.