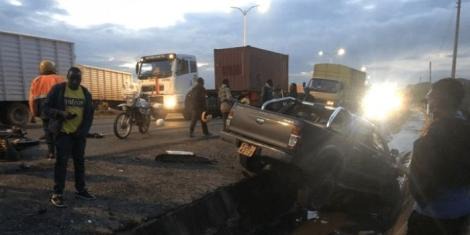 According to sources, the family claims that they have been denied access to information on how the accident which took away their kin transpired.

Emanuel Mwaniki, brother to the deceased, claims that he and his father went to Lang'ata police station for more inquiry but the information they received wasn't adding up.

He disclosed that they sought to know how the accident occured but to their surprise, police told them to go and bury their kin first then come for information later making the family suspicious.

"We needed information of what transpired but when we got to the Langata police station, we were told to go bury our kin first and come for the information later," Emmanuel claimed as quoted via Kenyans.co.ke.

Musyoka's wife emotionally claimed that the deceased was the sole breadwinner and wondered how she is going to raise their one-year-old child alone.

Mutyambai's son was reportedly drunk at the time of accident. He is said to have hit a pedestrian before he swayed on the road and hit the bodaboda rider. 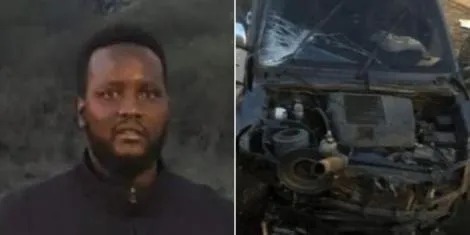 He surrendered himself at Lang'ata police station and was later released on Kshs 20,000 cash bail pending investigations.