Woman, 42, Arrested For Stabbing Husband To Death Over Love Text Message In Obunga 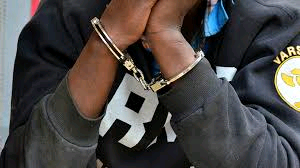 Police in Obunga estate, Kisumu County have arrested a 42-year-old woman accused of stabbing her husband to death over love text message on Tuesday night.

Kisumu County police commander Joseph Akala who confirmed the incident said the woman has since been arrested and locked up at Kisumu town police cells.

"42-year-old woman allegedly stabbed her spouse over love text on the husband’s mobile phone. Preliminary investigations reveals that the woman demanded to know the source of the message and why he is unfaithful to his family. The husband seemed to be angered with the woman’s words when the two differed and confrontation ensued between them. The woman later went for a kitchen knife and slit the husband’s throat two times leaving him groaning in pain. He later succumbed while being rushed to the hospital," Joseph said. 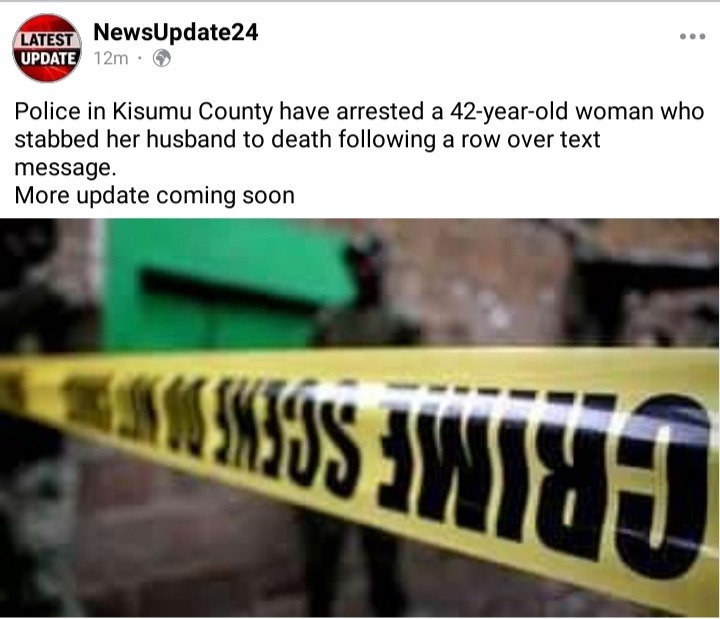 The woman is said to have fled the scene after committing the heinous act only to show up in the compound at around 7am on Wednesday morning.

She was later arrested with sleuths from the Directorate of Criminal Investigations following a tip-off from the residents.

Joseph urged the victims if domestic squabbles to always seek public assistance to prevent such like incidents from taking place in future. 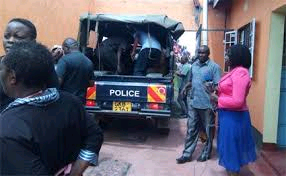 The body of the deceased was later moved to Kisumu City hospital mortuary pending autopsy.

Police have launched investigations into the alleged crime incident.