By NancyLwambi (self meida writer) | 12 days 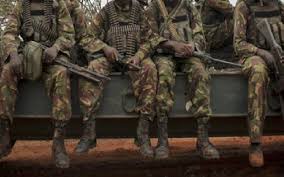 A man said to be an officer from the Kenya Defence Forces (KDF) is nursing serious injuries around his private part region after a grenade denoted on him.

According to the Standard, the officer based at the Isiolo was enjoying a drink at one nightclub when he was attacked.

The source said the soldier was not the targeted person, but a middle-aged woman said to be a police officer.

The policewoman was being targeted by another police officer whom she had parted ways with a while ago. 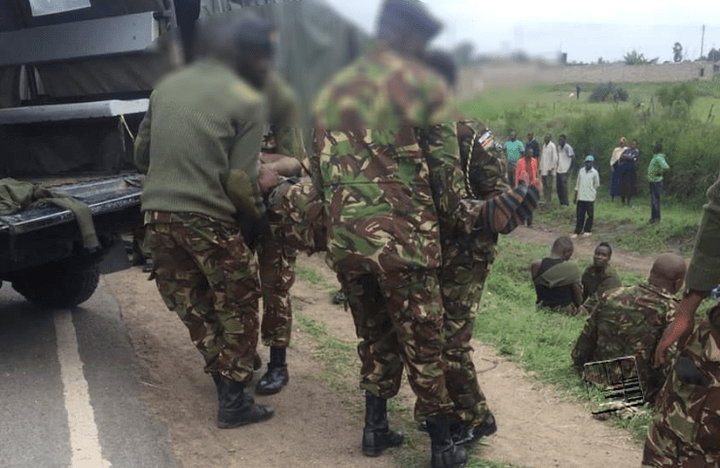 KDF in the past

While on a revenge mission, the officer is said to have thrown the grenade at the female officer but missed her.

The grenade then landed on the KDF's officer's groin. He tried grabbing it to prevent it from blowing off but it was too late for him. It went off.

Fortunately, he only sustained injuries.

Isiolo Sub-County police boss George Kariuki told The Standard that the case has been taken over by DCI.

“We received the report of a man harmed by a grenade

“We’re still trying to establish the type of explosive device that the assailant carried to the scene. We’re also interviewing eyewitnesses to understand the events that led to the attack,” said Kariuki.

It is the club's waitress who told the Standard the victim is a KDF officer while the suspect is a policeman. 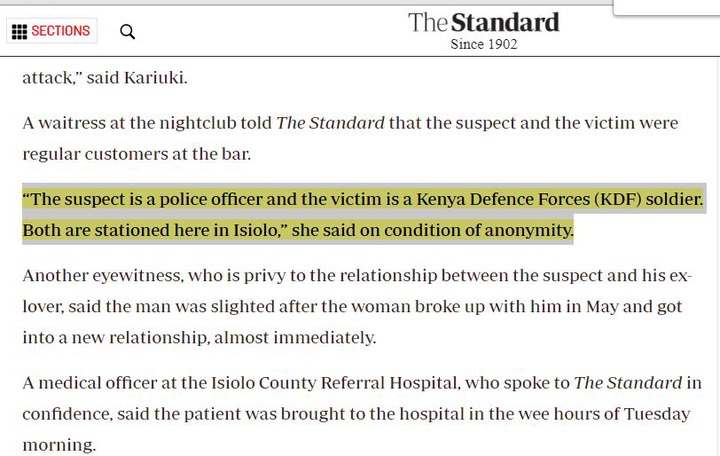 Covid Update: Distribution of 1085 Positive Cases as 25 Patients Succumbed From the Disease