We do not want thieves, Kirinyaga youths shout as they burn reflector having Waiguru's picture.

By Robert Odhiambo (self media writer) | 1 month ago 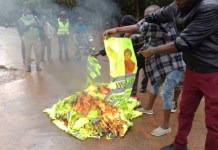 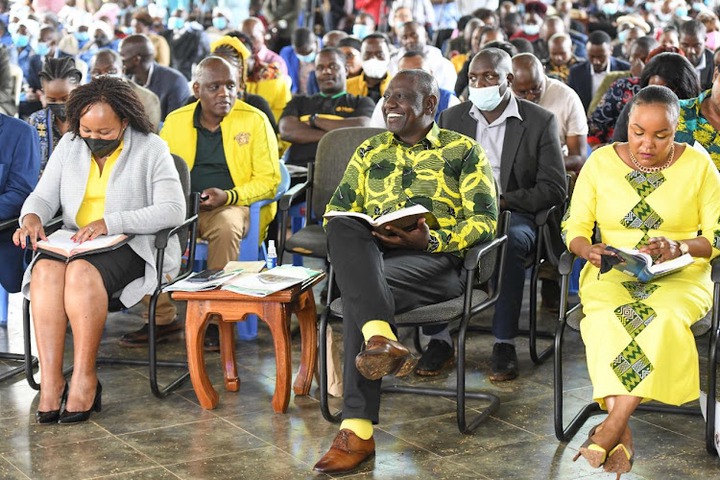 Previously, Andrew Ngrici, businessman from Kirinyaga and husband of Ngrici, led a group that was banned from entering the church to avoid a confrontation between him and a group supporting Governor Waiguru. The police had a hard time controlling the insolent youth blocking the Kianyaga-Kutus road. Ruto's visit today is his first since Governor Waiguru abandoned the ruling Jubilee Party for Ruto's UDA, a move that risks tarnishing Ngirici's luminaire in the group as established, she said, she contributed a lot. 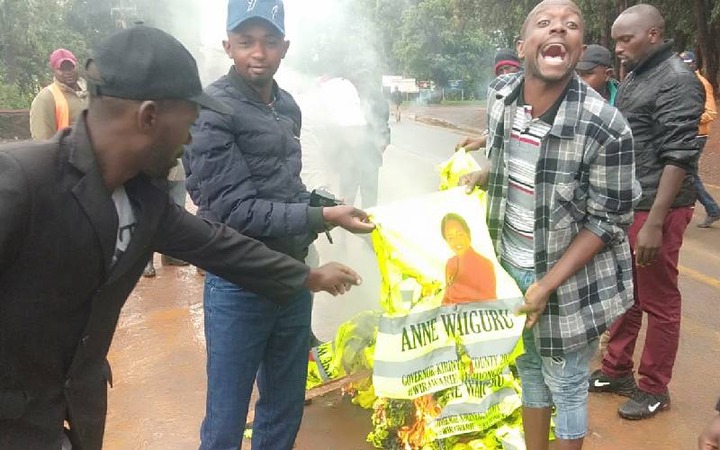 Kirinyaga Governor Anne Waiguru abolished President Uhuru Kenyatta's Jubilee Party in favor of Vice President William Ruto's United Democratic Alliance. Waiguru's defection in September seems to have come after much deliberation. Like the perfect politician, she turns to an ecstatic crowd for some reassurance, feigning hesitation. I am asking you my brothers and sisters, since I was told that you will re-elect me, which party should I use? Waiguru commented. The crowd responded with emphatic UDA chants.

Content created and supplied by: Robert Odhiambo (via Opera News )