A 31-year-old man from Kamanamsim in Litein, Kericho county is in custody after he was caught in an unnatural act with a calf. This cases of acts are rampant in the area. 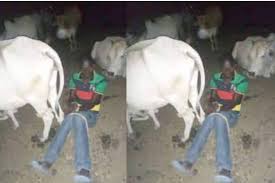 The owner of the calf raised alarm attracting the whole village, after she heard her calf groaning at around 5am. This is the acts that have been on the rise in the area. Villagers catered within seconds to witness what was happening.

The owner of the calf thought that it was a predator who had attacked his cows. The perpetrator tiptoed to a nearby bush and hid himself. 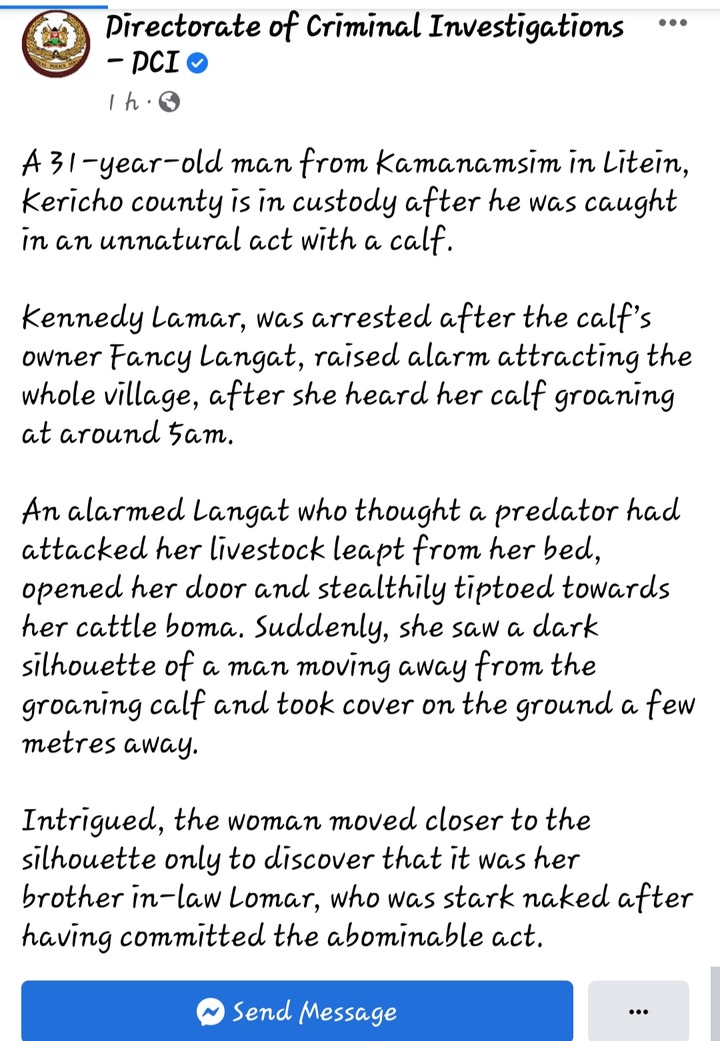 Intrigued, the woman moved closer to the silhouette only to discover that it was her brother in-law, who was stark naked after having committed the abominable act. This habit is unacceptable in modern society as well as cultural norms. 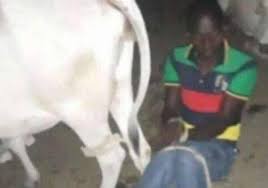 Dismayed villagers thronged the scene, as women watched the bizarre incident never witnessed in the village, from the periphery. Villagers were amazed from what they had witnessed. They were seen chanting in low tones as others wanted to keep children away from the morning incident. 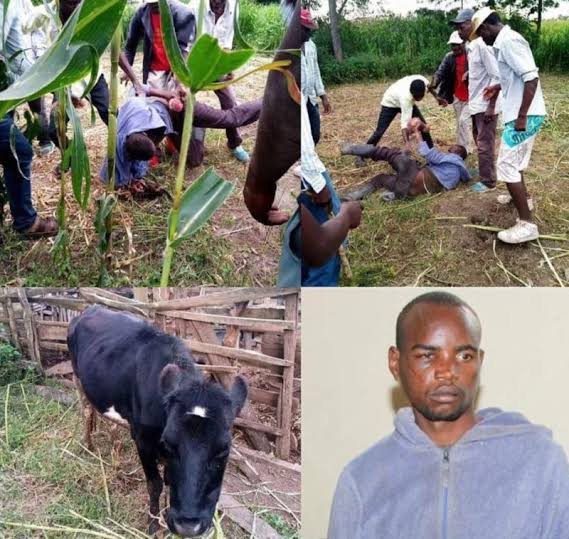 The villagers led by their area chief effected citizen’s arrest and escorted the suspect to Litein police station where he’s currently being held before arraignment tomorrow. Bestiality is unacceptable in Kalenjin norms and the person is considered an outcast. 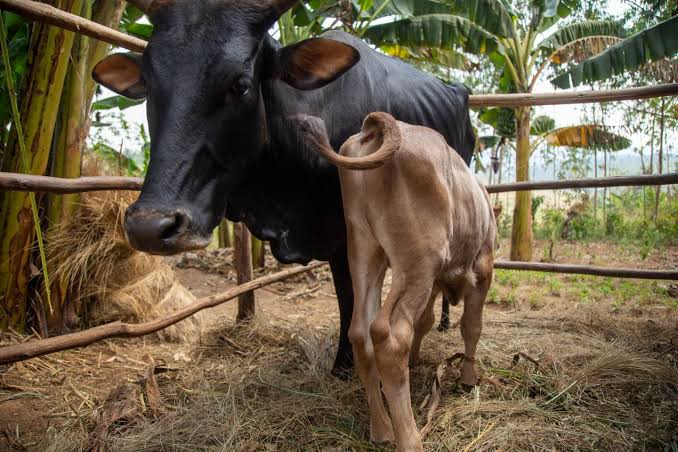 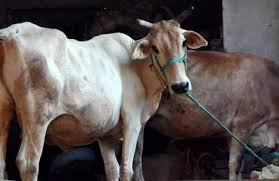 Men And Kids Have Been Making Fun Of Me For Having Beards. Now Am Ready To Find Love, Lady Narrates

Facts About The Tribe Of Giriama That You Probably Didn't Know