According to the reports given by a reliable source of information, it has been revealed that police officers have recovered two guns that had been stolen by armed Bandits. 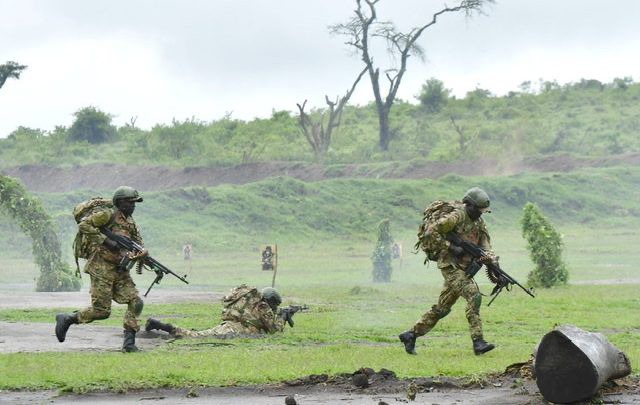 In a In a news report that has been shared by a by a reliable source of information, it has been revealed that the government has deployed several Police officers who are currently searching for the suspects who allegedly shot and killed 8 police officers in Kapedo.

According to the reports given by Turkana police boss, it has been revealed that the police have already received several names of suspects who they claimed will be dealt with as soon as possible.

Additionally, Turkana police boss has called upon kenyans to make sure they work hand in hand with the police to reduce the increasing number of Thugs in the country.

While reacting to this incident, kenyans who took to their different social media accounts to express their opinions on the matter have called upon the government to consider looking into the already increasing number Bandits.

According to the reports given by most Kenyans, they claimed that it is so unfortunate that the government is yet to do something about the increasing number these suspects who have already killed several Police officers. Maya... This is good thing. I hope that they will put an end to all of this because this is so unfortunate.