"Suicide Or Murder?" Kenyans Say As the Body Of a Renowned Business Man Is Found Dead In His Vehicle

Police officers from Nakuru are currently investigating an incident that happened today after the lifeless body of a middle-aged man is reported to have been found inside his vehicle under unclear circumstances. 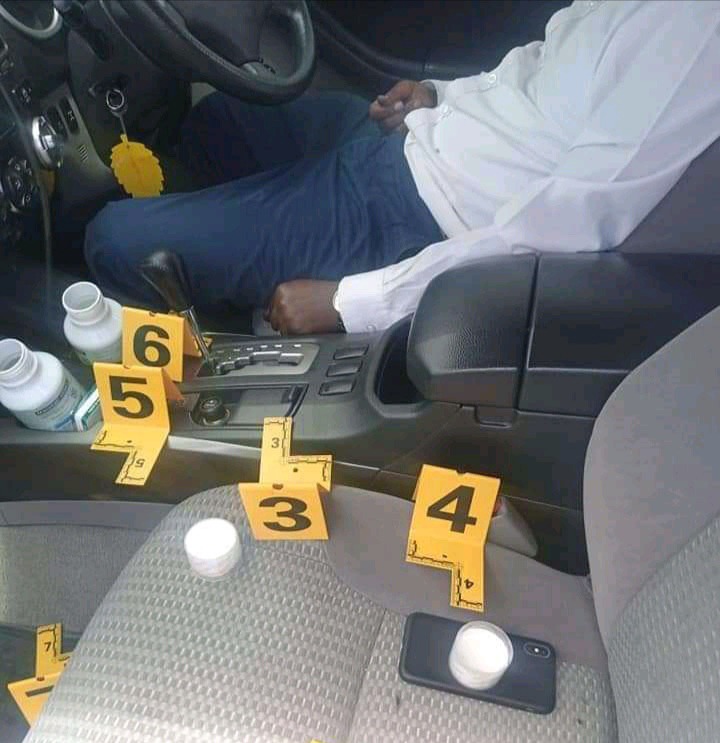 According to the reports given by a reliable source of information, it has been revealed that the body of the deceased was allegedly found by one of the residents who later alerted other locals who eventually called the police.

Reports have revealed that the deceased who is a renowned business man might have committed suicide due to the fact that the police were able to find an unknown drug along with several drinks in his vehicle at the crime scene.

While reacting to this incident, kenyans who expressed their different opinions and suggestions on the matter have called upon the director of criminal investigations to conduct an investigation in order to find the man's cause of death.

Njeri Grace - I don't know what to say about this but if he was not killed then depression is actually real. You can have everything and nothing at the same time.

Leah Mutoro - May he rest in peace. Mental health is something which should not be taken lightly.

Mary Munyu - May je find peace wherever he is. I don't understand why Nakuru is turning into a Mortuary.

Purity Muthoni - This is actually painful. I mean what is not happening in our country. Was he murdered or is this suicide.

Kairi Peter - Rest in peace brother. I don't know what happened to you but I hope that your family will be okay. 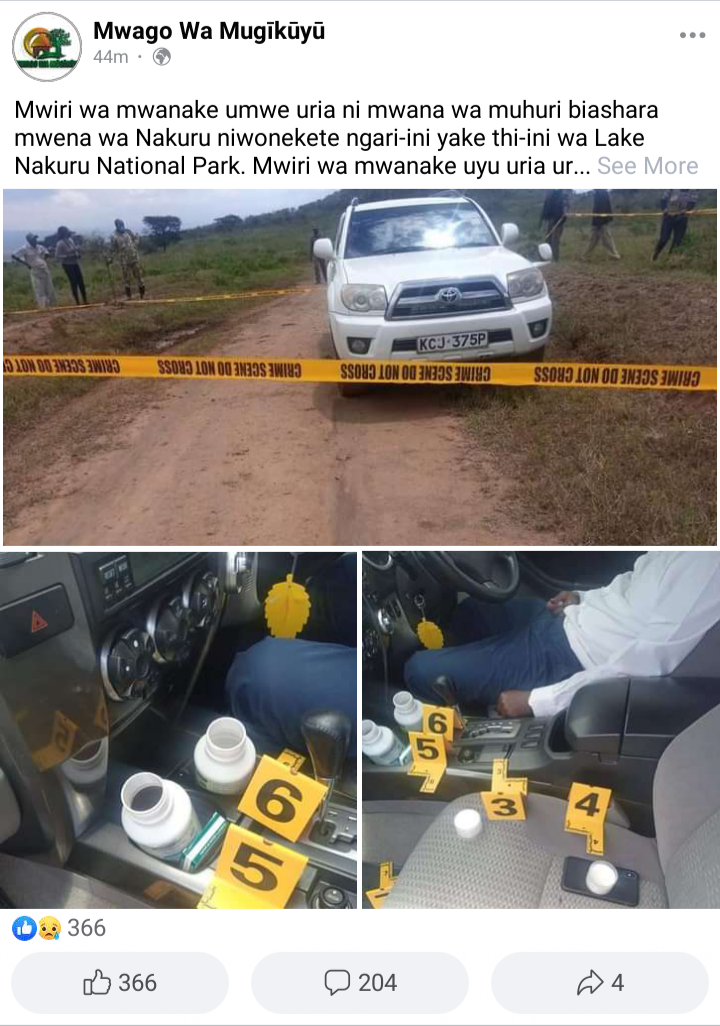 Why Embakasi Electorate Can Walk Without Shoes -Babu Owino

"My Wife Chased Me Out Of The House, I'm Thinking Of Ending My Life, What Should I Do?" Man Pleads For Help