Man Killed In Naivasha By Unknown People, Takes Off With His Head 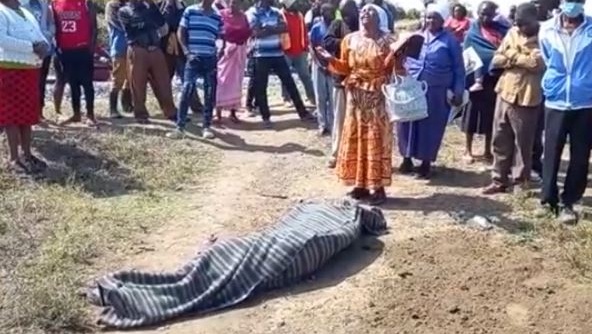 There was shock and panic in Mirera village, Naivasha, after unknown people beheaded a construction worker and reportedly disappeared with his head. In video footage that was recorded at the scene of the crime, residents from the area are heard lamenting over the brutal murder of the worker. They suspected that that murder could have a connection with ritual activities. A police vehicle, which came to pick the deceased, is seen parked close to the victim’s body.

The deceased person was identified as Karanja by Nyumba Kumi officer Peter Chege. According to the officer, Karanja was brutally killed 100 meters from his homestead. Chege further revealed that Karanja had just been paid his week-long dues though he was not sure whether his death was over the money. “We have never heard of this kind of murder.

I have been with Karanja for the last one week where he has been working here and there just to earn a living. They are usually paid after one week, so he was paid on Saturday,” he told the press. 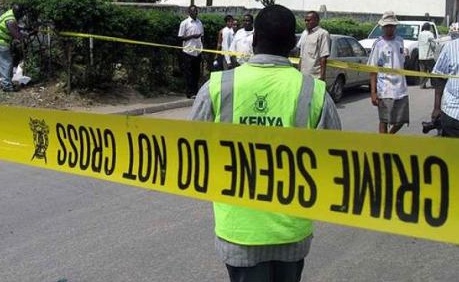 He however raised concerns over rising cases of insecurity in the area, he further challenged the government to take action against a group of people he accused of consuming bhang in the area. The victim was reportedly on his way home from a drinking joint when he met his untimely death. “This area is adjacent to a railway line. We have a group of people who like sitting along the railway line and I am afraid that they consume bhang. We want Investigations done from the bar where he was taking liquor,” he said. 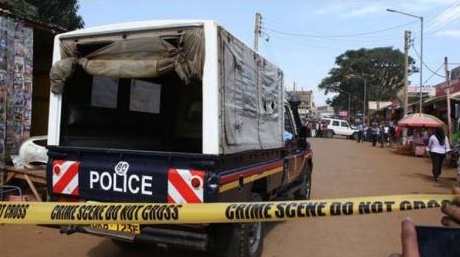 According to Chege, the motive of the killing is a mystery to them given that the deceased is not wealthy. He said residents are now afraid of their wellbeing following the incident aand called for immediate action to restore peace and tranquillity in the area. security officers have since launched investigations into the matter and sniffing dogs have been deployed to unravel the puzzle of his death and his missing head.