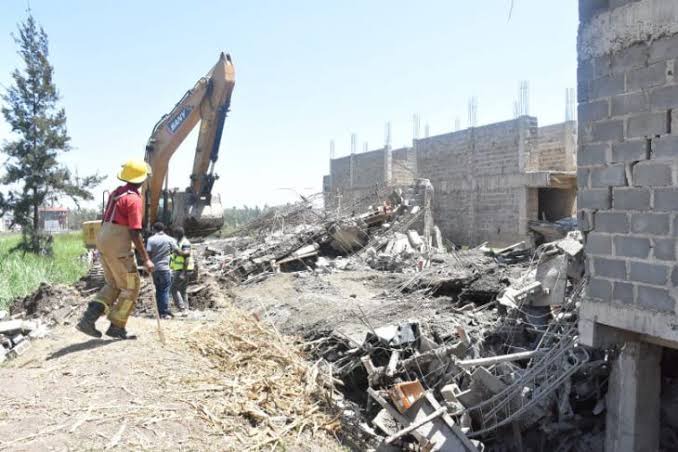 It is just a day after the Kisumu residents were subjected to a sombre mood upon the occurance of a grisly insidence where a building which was under construction collapsed claiming lives of several people.

This made many of the residents to have several questions to the national construction authority over the same insidence. 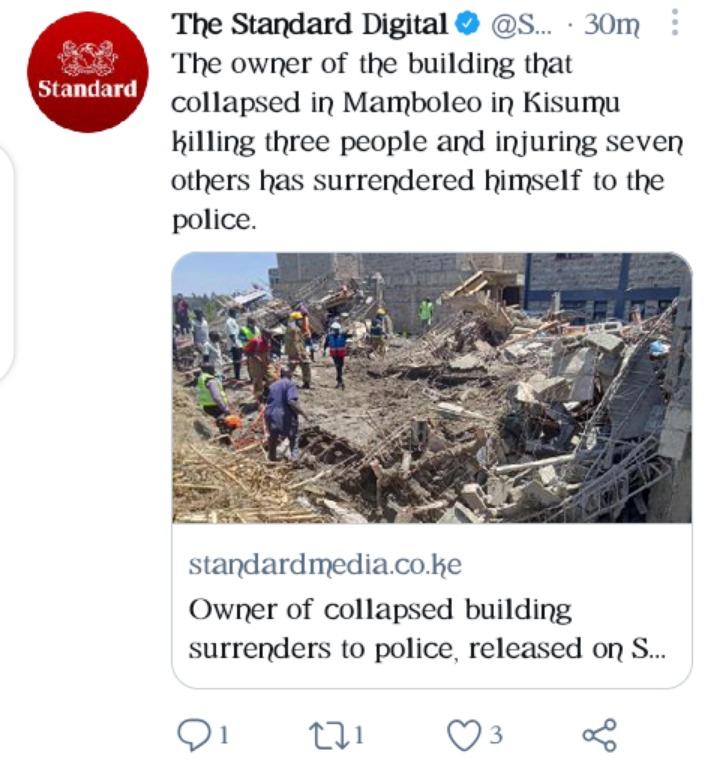 The owner of the building that collapsed in Mamboleo in Kisumu killing three people and injuring seven others has surrendered himself to the police.

James Samo was detained briefly at Kondele Police Station before being released on a Sh40,000 police cash bail.

The contractor of the building who had been detained by the police was also released on Sh30,000 cash bail.

The development came as authorities continued with investigations into the incident and have planned to charge the two on Friday at Winam Law Courts.

Governor Korane Spells Out Measures Adopted In The War Against Drought

Increase Egg Production In Your Hens By Using This Simple And Effective Method.

Good News To Kenyans After WHO Latest Detail About Covid-19

Manchester United Boost as the Following Players Return in Training

Signs That Show That You Are Dating A Dangerous Person

Why Rain is Mostly Experienced in Kakamega, Nairobi, Meru, Kisii and not in Turkana