By dailyreporter_ke (self meida writer) | 1 months

The DCI has announced success in trailing and arresting two individual in possession of two illegal guns, 2 AK-47s and a G3 riffle. 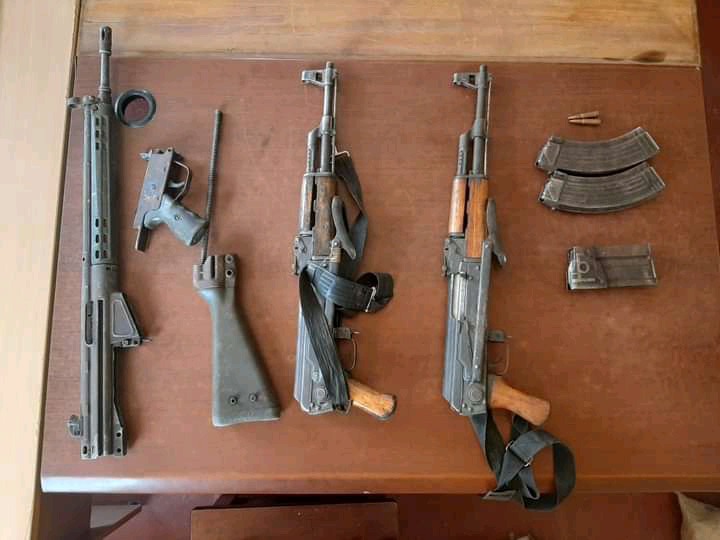 The investigation body claimed that a team comprising of DCI officers and administrative police based in Turkana, intercepted the suspects who were riding a motorcycle and upon searching them, they found the weapons concealed in 50kg sacks normally used for cereals.

The individuals currently in custody were identified as Lomur Ekadeli (21 years old) and Loropiaye Achuka (37 years old).DCI applauded Turkana residence for providing crucial information which led to the arrest of the smugglers who allegedly buy the weapons from Uganda. 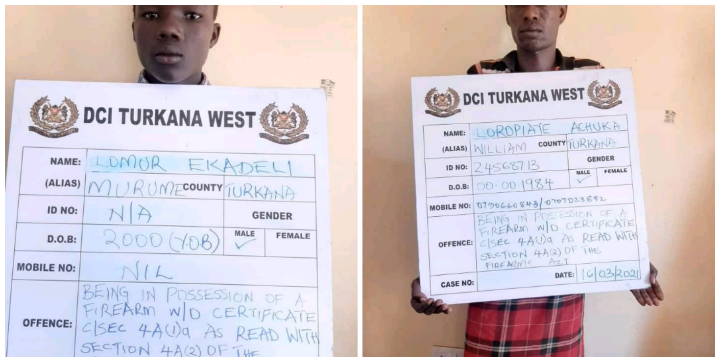 Illegal gun possession in pastoral communities is still posing a threat to security as the weapons are usually used by to protect livestock but some end up in cattle rustling raids and lives are always lost. 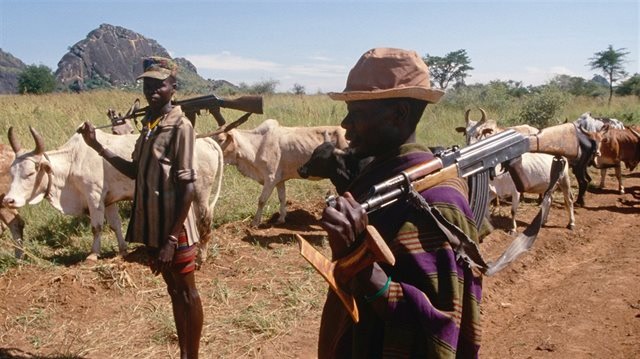 herds boys in possession of guns.

The ministry of interior had given an amnesty to the residents to surrender illegal weapons before an operation is conducted in houses to recover the guns. 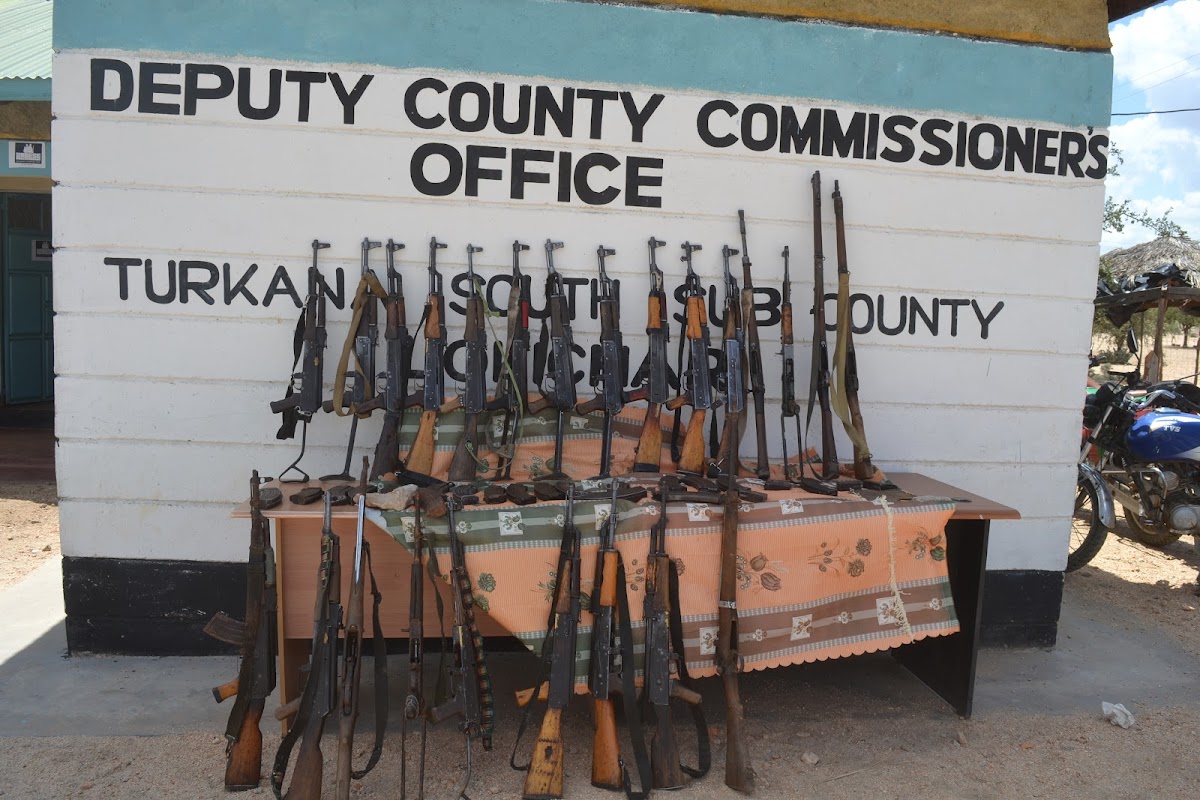 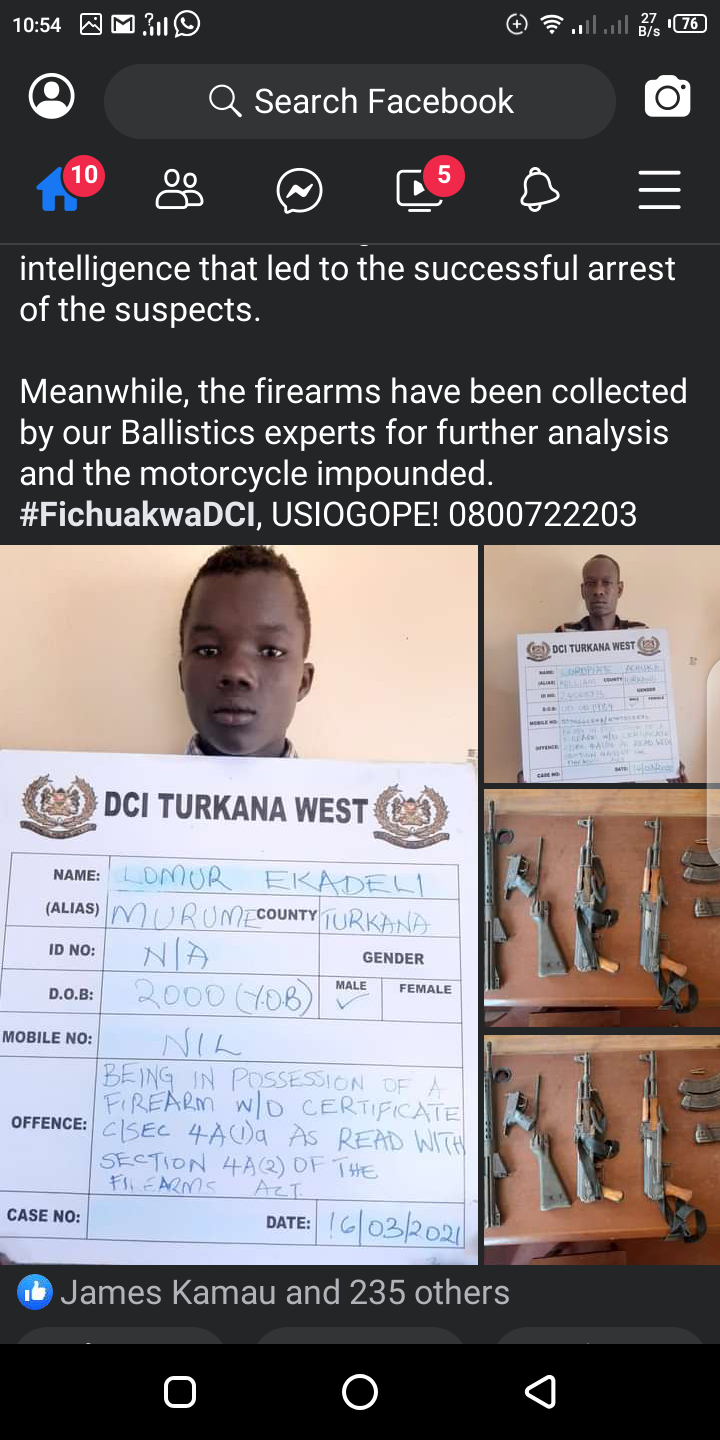 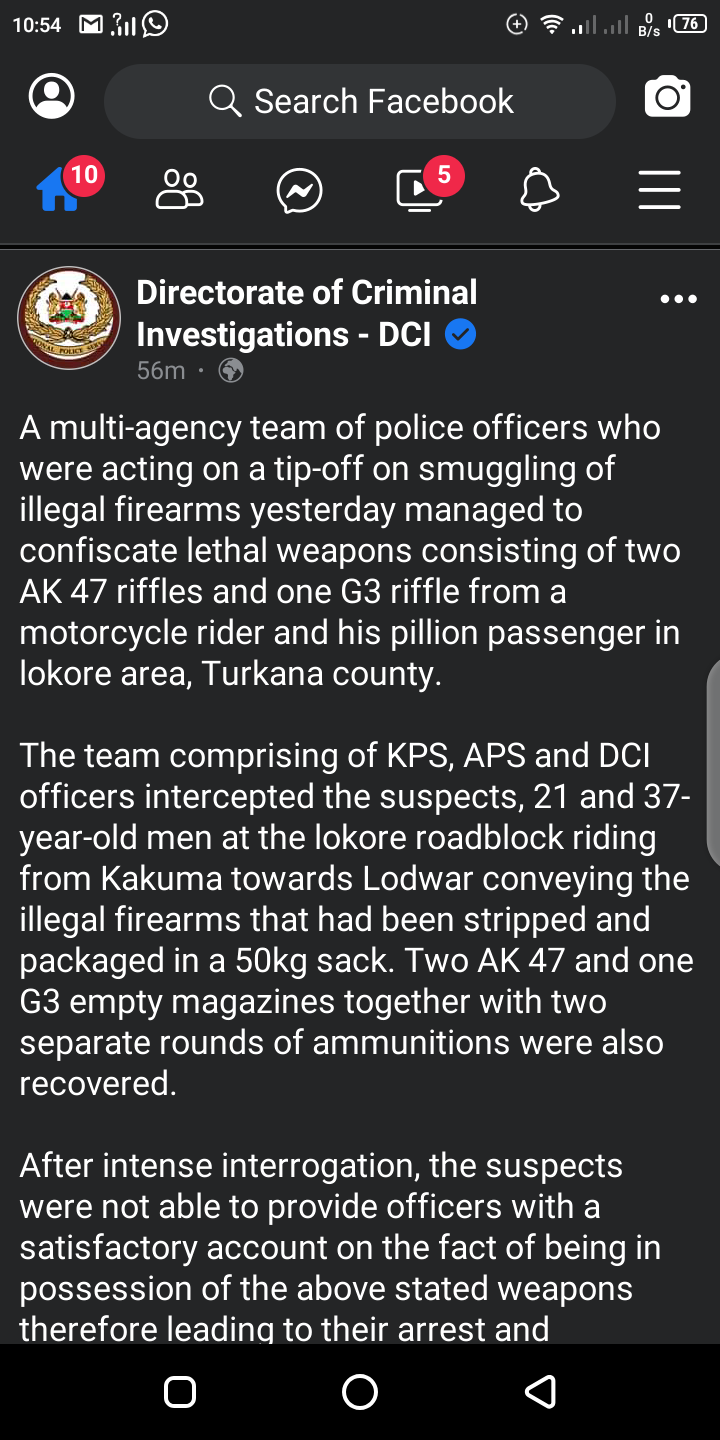 Bridget Shighadi's Sense Of Fashion Is To Die For, See Photos

Panic As Another G3 Riffle Goes Missing In Mandera

Boost for the Military as KDF Commissions New Powerful Aircraft

[Opinion] Why Curfew Could Be Lifted In The Next Presidential Speech

The Son of the Late Chad’s President, Idriss Derby, Set To Take Over