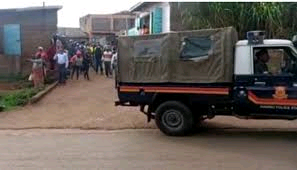 A 59-year-old businessman has been arrested for allegedly killing girlfriend, burying her secretly Nandi.

Police in Kobujoi of Nandi County are now detaining the suspect said to have murdered his wife and secretly burying of her body.

Nandi South police commander John Owuoth told the press that the suspect, Naftali Avendi, 59, was placed behind bars after killing and burying his girlfriend, 30, within the home.

“His neighbours at Kamoron area believed that something bad could have occurred after the lady disappeared and on grilling, the accused confessed that she had killed and buried her secretly,” Owuoth said.

“We are going to court today to obtain orders to have the woman’s remains exhumed for an exclusive postmortem to be performed to unravel the root course of her death.” The OCPD said.

He spoke with the press on phone on Monday afternoon telling sleuths highly suspect the woman was killed.

Police were hunting for the deceased’s next of kin before making her name public. However, police officers attached to the DCI office were yet to file their findings on Monday afternoon. 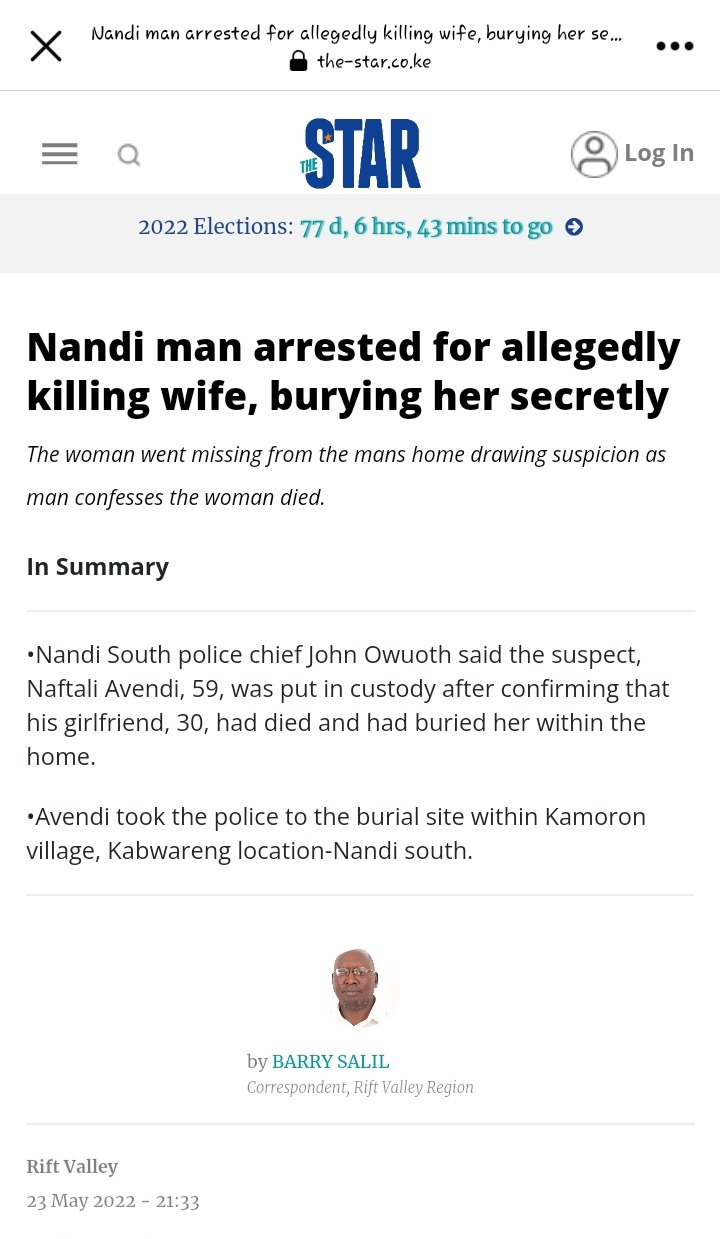