Cases of robberies in the country have been on the rise and there is no specific region that has been spared from this scourge but police seem to be doing their best to bring the menace under control. 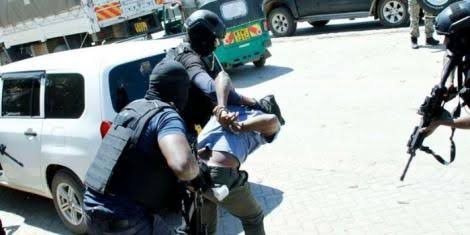 This morning, we have just received information that four Kisii University Students were among six people arrested yesterday in Kegati, Kisii County.

The Police Commander of Kisii County, Francis Kooli has said that the six were arrested at a popular club in Kegati region of Kisii.

The motive of the six is still unclear but they are currently being held in Kisii Central Police Station where interrogations are ongoing to establish their intentions.

It's alleged that the six were in a room when police with the help of the Directorate of Criminal Investigations in Kisii County busted them.

The other two among the six were secondary school students from a yet unidentified school in the Kisii County region.

The six were arrested with crude weapons and a ceska pistol according to Commander Francis Kooli of Kisii County.

The commander has reiterated that youth should stay away from acts of crime in the country as they are always bound to get caught.

Here is a video of the entire story. 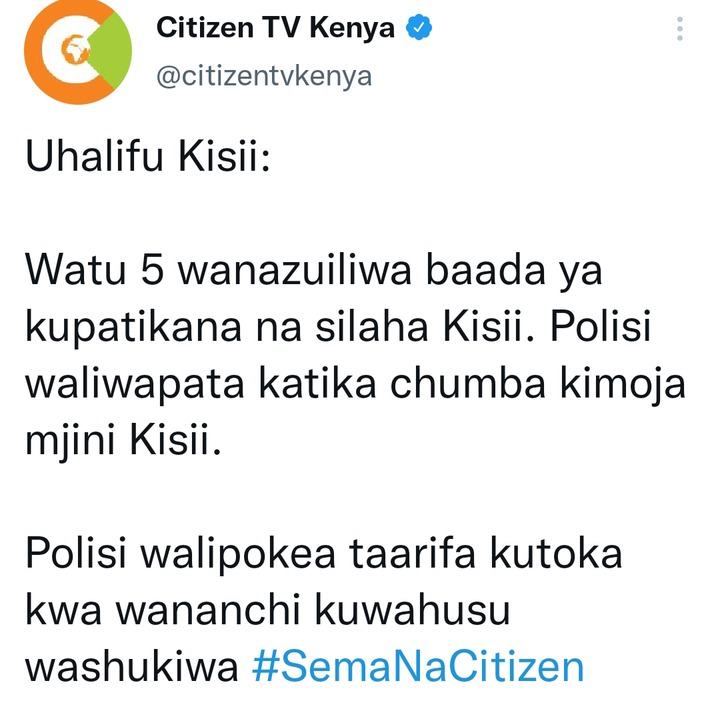