Meet The Tallest Man In The World.

He also had the largest hands ever, measuring 32.3 cm (12.7 in) from the wrist to the tip of his middle finger.

His record-breaking height started when he was a child, and when he was eight years old he was taller than his 5 ft 11 in tall father.

He was even able to pick his father up and carry him up the stairs of their house!

He became a Boy Scout at the age of 13, and had a uniform, tent and sleeping bag made to fit him.

He was later confirmed as the tallest man ever on 27 June 1940. He remains the tallest person in the world, ever. 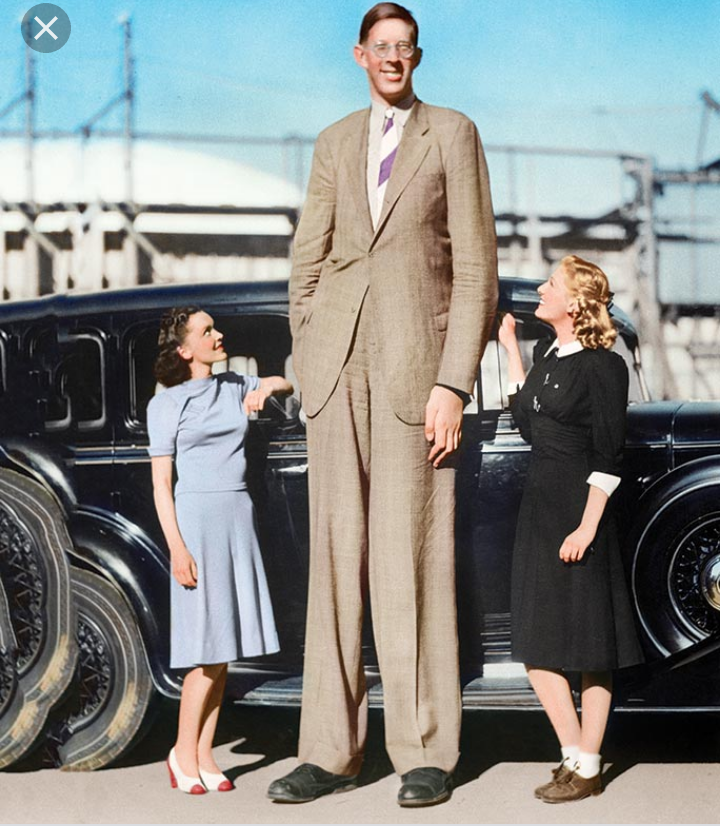 "For Us Who Will Win, We Shall Be In Govt..." Wetangula's Message To Raila After Elections Ended Well

5 Steps To Conquer Your Inner Critic.