Residents in Kabarnet have been left in shock after finding two unidentified bodies had been dumped along Kabarnet-Eldoret highway. According to reports by a local news outlet, the bodies were allegedly left there today by unidentified people when they were already dead. However, the state of the two bodies have not been confirmed as police officers are expected to conduct an investigation to establish what exactly happened. 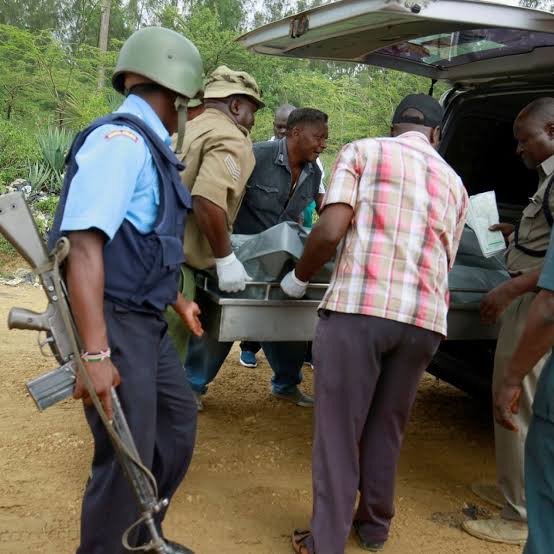 It is believed that the two might have been killed in another location and their bodies dumped at Kabarnet. This incident comes at a time when the nation is experiencing shocking cases of people disappearing mysteriously as others are kidnapped in broad daylight. The outcome of their disaapearence has always been tragic as some of them are found while already dead. 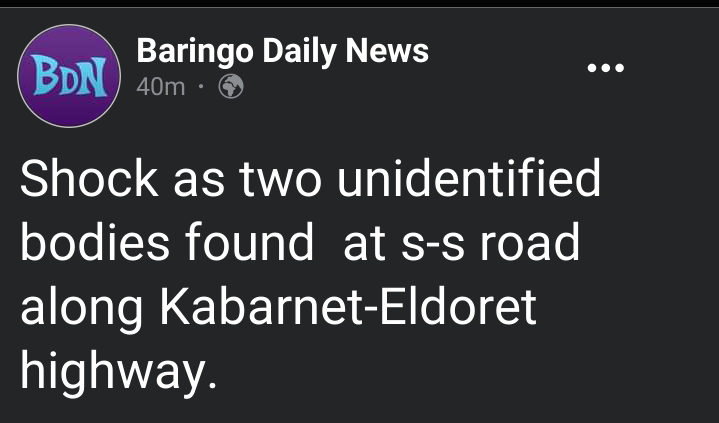 A good example is the case that the detectives are currently investigating whereby over 20 bodies of unidentified people were found dumped in River Yala by unknown people. The police issued a statement saying that they have been investigating the cases since two years ago and refuted claims that the bodies were dumped there 3 months ago.