By NancyLwambi (self meida writer) | 1 months 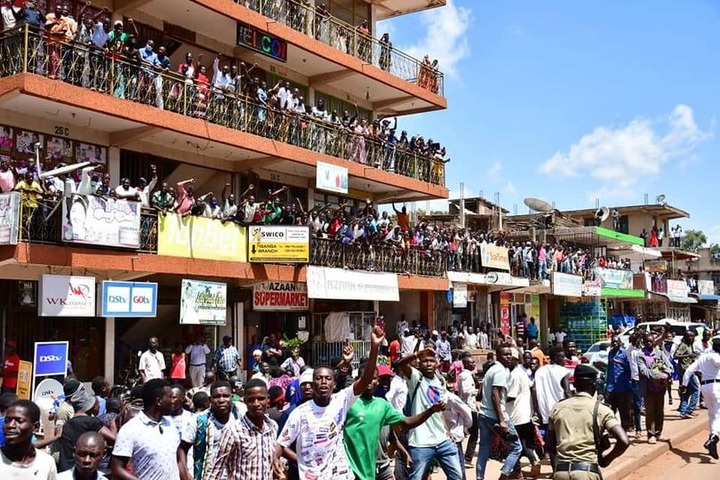 Onlookers at a past scene. Residents in Kirinyaga were left in shock after a teen was murdered by her boyfriend/Courtesy

Residents in Kirinyaga County have been left in a big shock this Monday after a teen was brutally murdered by an alleged boyfriend.

The source said the teen who is only 19 years was stabbed to death by her boyfriend, said to be 25 years old.

According to Thika Town Today, the shocking murder happened in Ciagiini village, Kirinyaga.

The publication said the two lovers started fighting before the boy stabbed the girl, killing her on the spot.

However, it remains unclear, what emerged between two lovers before a fight broke out that resulted in death. 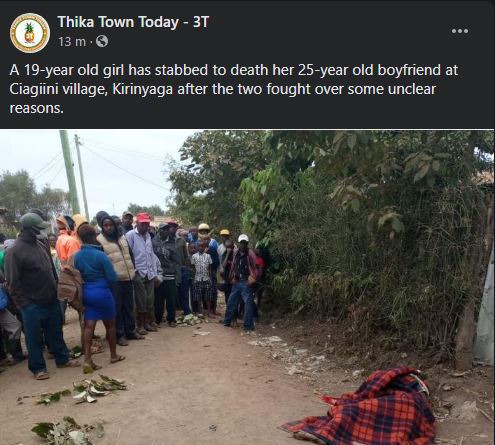 "A 19-year old girl has stabbed to death her 25-year old boyfriend at Ciagiini village, Kirinyaga after the two fought over some unclear reasons," said the publication.

It is not clear whether the police have arrested the suspect or not.

This is not the first case of lovers fighting each other, so many similar cases have happened in the recent past.

Cheating allegations have been one of the reasons why couples have been fighting each other.

Never over-give to win someone’s approval, be yourself

What This Woman Asked God Before She Died