By EpicNews (self media writer) | 4 months ago

The disease of stealing cattle among communities in the Turkana neighborhood is yet to be prevented, even after the new government took charge.

A few hours ago cattle rustlers attacked police officers who were in guarding the area, and by bad luck, the bandit managed to kill 10 police officers. 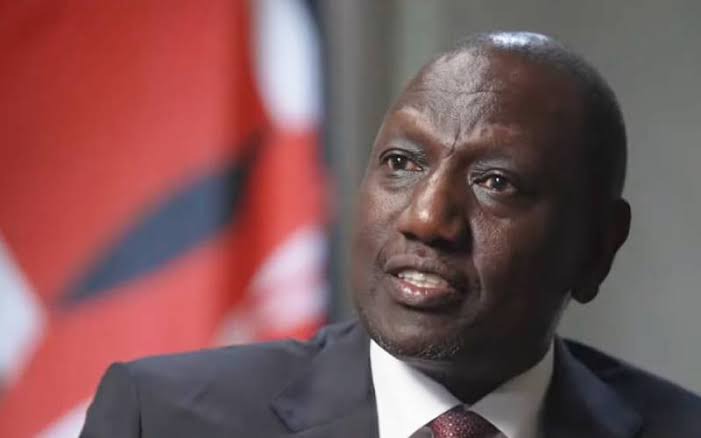 The incident triggered the nerves of the president, forcing him to take action and command the security system to arrest the bandits who were involved in the heinous act.

According to a close source president, Ruto received a report from the Turkana/Pokot incident yesterday night and commanded the security agencies to deal with those involved decisively and firmly. He further commented that cattle rusting must end and it will not be a matter of pleading with anyone.

"After receiving a detailed report on the bandit attack in Turkana, which led to the death of 10 police officers, I have directed the security officers to deal firmly, decisevely, and conclusively With those involved. Cattle rustling must come to an end na sio Tafadhali" president Ruto said. 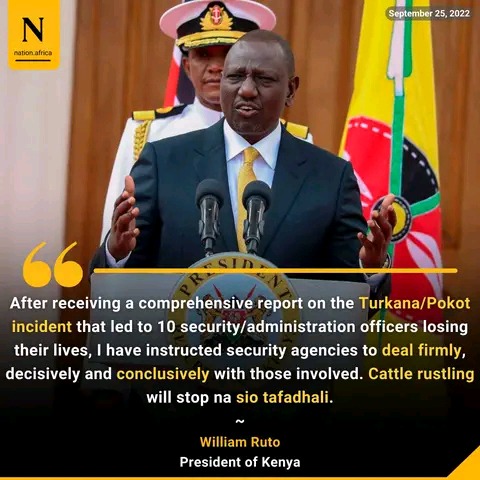