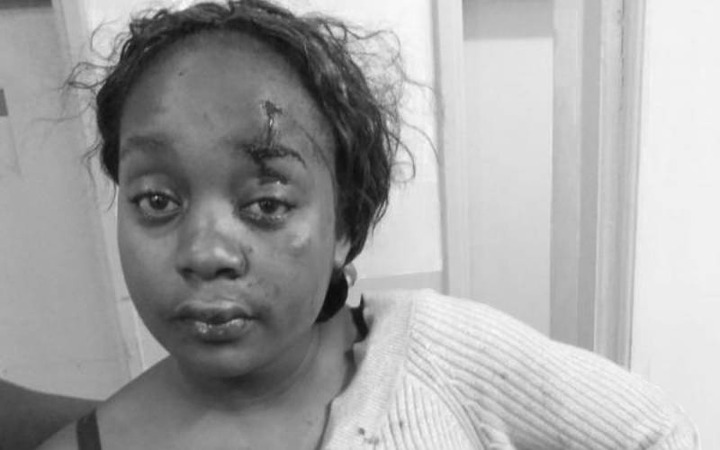 A woman in Meru county has lodged a complainant against a police officer who allegedly assaulted her on Saturday night.

According to 20-year-old Keziah Gakii, the said officer assaulted her at a bar in Imenti North Constituency.

The police officer who is based at Naari in Buuri Sub-county is said to have hit Ms.Gakii with a beer bottle leaving her furiously bleeding on her head.

Confirming the incident, Imenti North police boss Laban Omollo said that Gakii reported the incident, and a file on the same had been opened and sent to the office of the Director of Public Prosecutions for approval of Charges.

Omollo also made it clear that the said officer does not work in Imenti North Constituency but hails from Buuri Constituency.

According to the police statement, Ms. Gakii said that she was having a drink with her friends when the officer walked in at their table.

Gakii is said to have demanded payment of a debt which the officer who cokes from her village owed her but in returned she was met with insults from the officer.

Reports further read that the police officer was a frequent customer at the bar and had an outstanding bill of Sh 720 that led to the assault of the lady.

Gakii was later taken to Meru Teaching and Referral hospital where she was treated.

Authorities On A Manhunt For Patrick Gacheru, A Suspect Accused Of Murdering His Wife In Kirinyaga.

So Sad; Kiiru Principal Wife Had Attempted To Kill The Husband's ‘Mpango Wa Kando’ In Revelation

Kiambu: Sad as a Man Disappears After Stubbing His Own Brother to Death