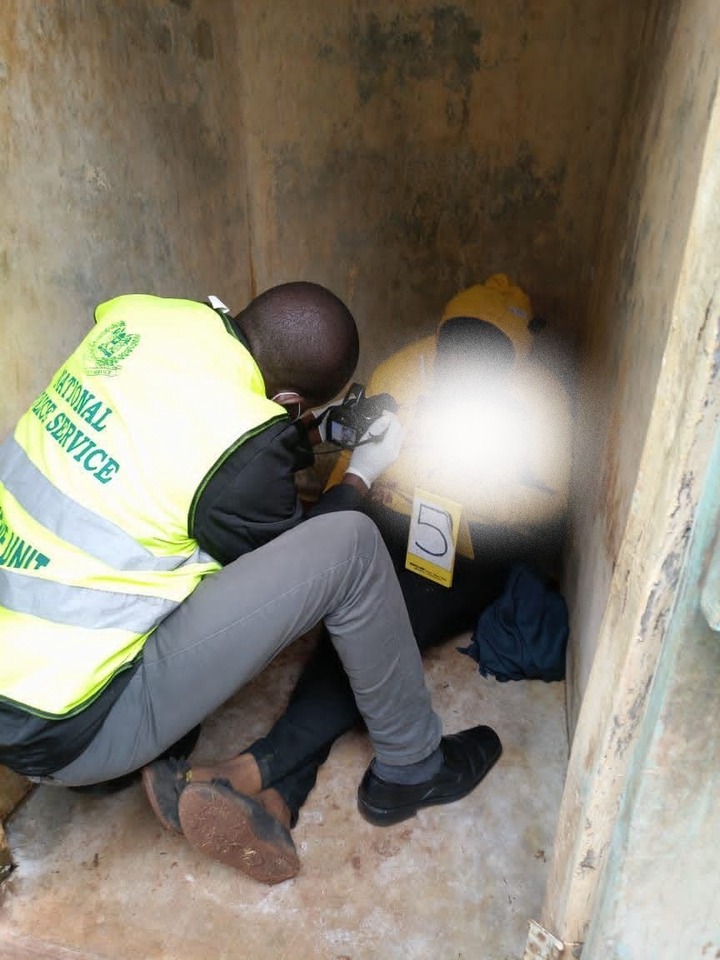 Kenyans have continued to give mixed reactions after news of the ‘most wanted’ killer cop Caroline Kangogo was broadcasted today, asserting that she had committed suicide by blasting her brains off.

According to an opinion poll started by controversial blogger Cyprian Nyakundi on his telegram, many Kenyans believe Ms. Kangogo was assassinated and not as being alleged by authorities that she shot herself.

Many who disputed the suicide claims, attributed their claims to the fact that there were no traces of splashed blood on the walls or in the room despite the fact that she had a head wound.

Some have also claimed that the fact that her legs were crossed as seen in the picture, does not add up to build a scene of someone who has shot self.

There are those who pointed out that a gun used to kill her was placed in her right hand, when she allegedly was left handed. 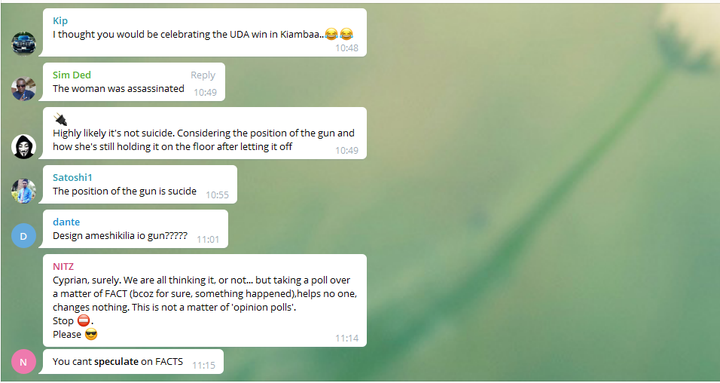 The latest news about the fugitive cop has marked the end to the week long search for her, with speculation having it that she was being able to dodge police road blocks set for her since she was working in cahoots with some elements in the police who were covering up for her and also fashioning her with leads in her investigations.

Preliminary reports in the public domain has it that Ms. Kangogo was found today, Friday 16 at her parents compound in Keiyo dead, in what is believed to be she committed suicide in a bathroom. 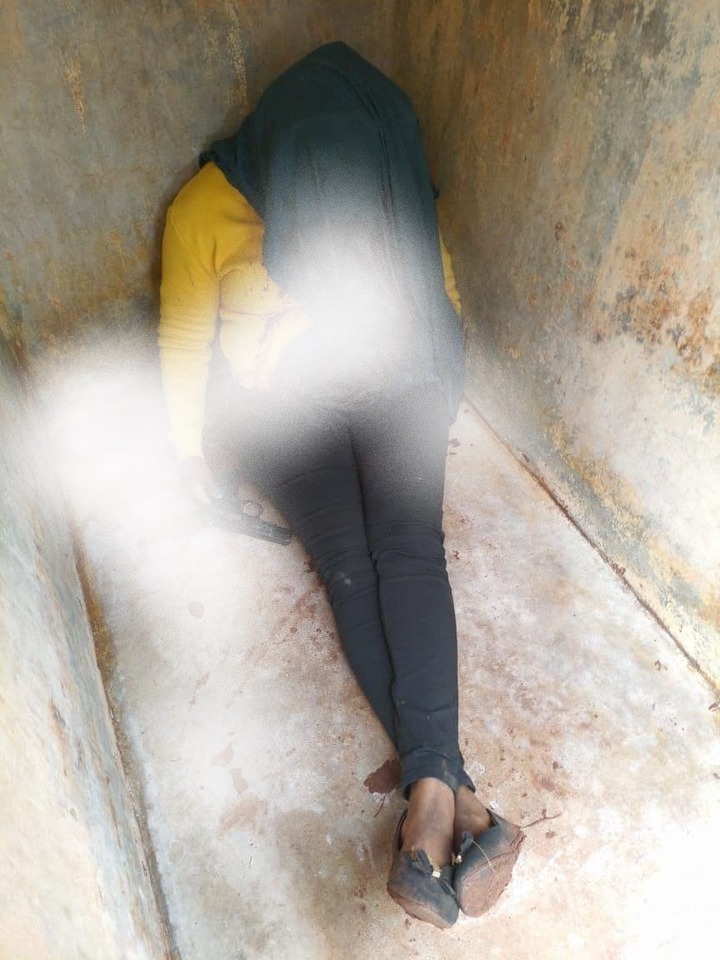 All eyes are now on pathologists and ballistic experts to determine the real cause of her death.

Regardless of the mystery surrounding her death, some Kenyans have said this was expected of her in one way or the other. That is: being shot dead or having to commit suicide.