Incidents of armed gangs patrolling the streets of Mombasa City have been on the rise in the recent past with the government unsure of what to do in order to mitigate the country of this scourge.

Numerous times, they have been caught on CCTV footage wielding pangas and knives and demanding money from the locals who have no choice but to acquiesce to their various demands.

The National Police Service has been doing its best to ensure that such criminal gangs are neutralized so that residents can live in peace without fear of being robbed.

This is the same case that has been rampant in Nakuru City where a gang known as Confirm has been wrecking havoc to the people there.

This afternoon, according to reliable reports from the Official Social Media Handle of the National Police Service, from Mombasa a 17 year old has been taken into custody in relations to violent robberies in the area.

The 17 year old who is technically, still a minor, was in the company of other thugs who were wielding pangas and harassing residents of Majaoni that is found in Mombasa County.

The other thugs escaped the dragnet that had been mounted by the police and only the minor was able to be arrested and he is helping police with the investigations to nab the other suspects.

The suspect is currently being held at Kiembeni Police Station awaiting arraignment in court for violent robbery which has been very rampant in the area over the past few months as per thee reports that we have with us. 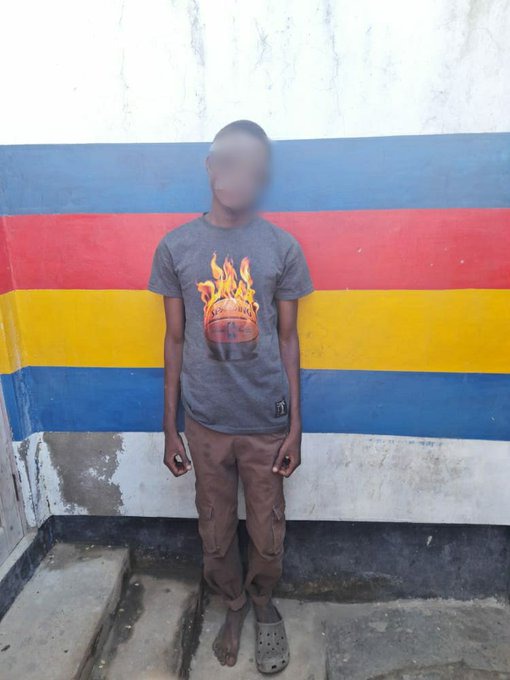 Picture courtesy. Photo of the 17 year old who has been arrested with a panga in Mombasa while robbing residents.