All Kenyans at the Coast Avoid the Beach Between Today and Tomorrow, Mike Sonko Warns

By Timelynews.com (self meida writer) | 14 days 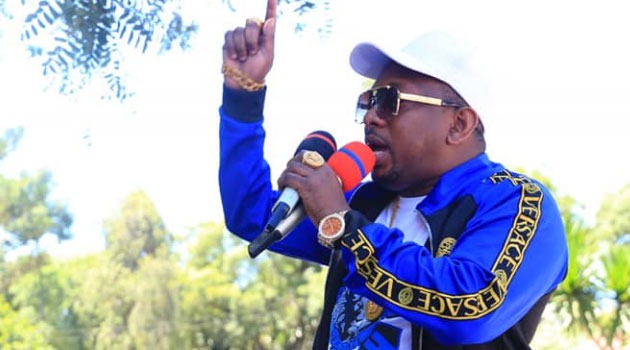 Former governor of Nairobi County, Kenya, Mike Mbuvi Sonko has warned Kenyans inhabiting the altruistic and exemplary climate of Kenya's Coast of a looming dangerous cyclone forecasted to invade the region on April 27, 2021.

"After carefully going through various reports and analysis of the global weather including the CNN, BBC, ALJAZEERA, THE STAR CITIZEN, THE MANILA TIMES, TANZANIA MEOROLOGICAL AUTHORITY, THE KENYA PORTS AUTHORITY and THE KENYA METEOROLOGICAL DEPARTMENT, I have found it is important to once again alert and share this news with the public.

Considering the fact that this page has over 2,300,000 followers just say each follower has 3 relatives this will translate to 6,900,000 people who some might currently be at the coast hence they will take precautionary measures and avoid the beach. They say prevention is better than cure.

Also according to reports, the US government has already warned its citizens in Tanzania to be alert as a rare tropical cyclone is approaching the country's coastal belt of Lindi and Mtwara regions and could become the first cyclone to make a landfall in the nation in modern records.

According to the alert, the tropical cyclone called Jobo could cause strong winds and waves. Here are the reports and the various warnings:

The Kenya Ports Authority has warned of a tropical cyclone (Jobo) which has been noted to be moving in the general direction towards the East African Coastline. This is following the development of low-pressure systems in the South Western India. The cyclone is forecasted to make love fall on Sunday.

Mombasa Port and Shipping notice has been issued for the period of April 25th-27th, 2021, during which time the port and the surrounding regions will experience bad weather in way of heavy rains accompanied by strong winds. The authority has advised that all ships in the harbour to look out for this imminent bad weather and take every necessary action to secure vessel against strong winds including doubling of mooring lines where possible." 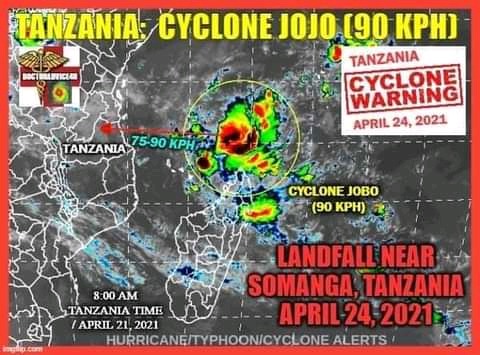