A dramatic chase pitting Police officers against occupants of a suspicious vehicle last night, led to the arrest of four persons, initially suspected to be armed robbers.

The arrest of the four followed a call from a concerned neighbour, who contacted administration police officers stationed at the AP driving school in Ruai and informed them of a suspicious vehicle in the neighborhood, whose occupants had unclear intentions.

The highly skilled officers in critical infrastructure protection approached the vehicle cautiously from a distance. Suddenly, they saw silhouettes of human beings quickly jump into the vehicle that sped off, leaving behind a thick cloud of dust.

After several minutes of a wild with over 5km chase the detectives deflated the said vehicle and this is when all hell broke loose.

It was then that detectives discovered the four were just making merry celebrating the lifting of the dusk to dawn curfew.

The four Vianney Kibet, Silvia Kasiva, Esther Karingari and Denzel Njiru were escorted to Ruai police station, where their safety and security was guaranteed for the rest of the night.Their vehicle was also towed to the station. 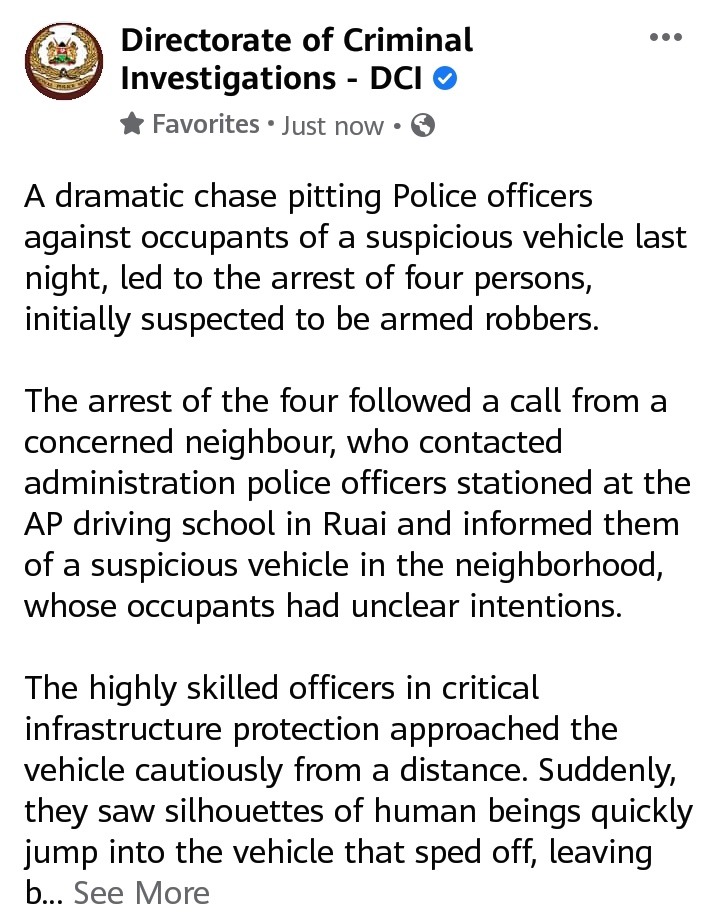 Evans... Hopes those human silhouetts were locked in the same cell so that the wind up their celebration which was rudely interrupted by the law enforcers. The driver should be honoured in the next mashujaa day, I mean driving naked for 5kms and the chasers did not get them is not a mean achievement.

Caroline... Whoever makes these posts is definitely the right person for the job.He didn't sleep during literature classes

Gich... The driver of the double cabin should be given work by the government. 5 kilometers race without causing an accident isn't a joke

Omweri... Where their safety and security was guaranteed for the rest of the night were they also guaranteed opportunity to wind up their adult party. 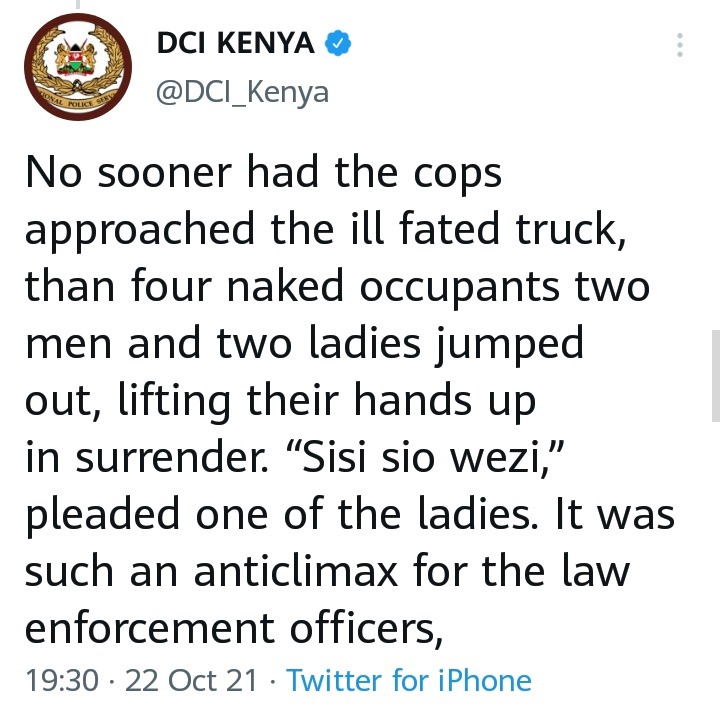