By nziokajustin (self media writer) | 16 days ago 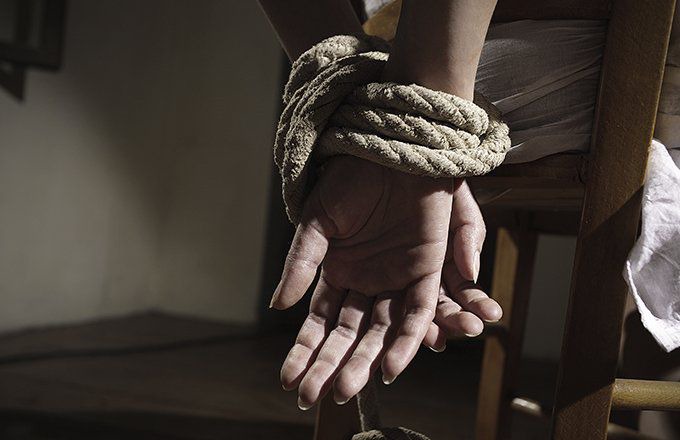 Of the most troubled mothers is Helen Warimu doesn’t know where his son's whereabouts since he was kidnapped and taken away.

Wilson Mwangi, a 26-year-old boda boda operator is among 15 people who have been abducted in the Central Kenya for the last three months.

The victim (Mwangi) was forcefully captured on June 27, 2021 in Naromoru. "The hardest part is not knowing where my son is. If he is dead or alive. If I was looking at his grave today, I probably would have already made peace with it...," laments Ms. Helen.

Just like Mwangi's family, relatives for the other 14 victims have been going around the region and beyond, searching for their kin.

Having not received any calls demanding for ransom, and without even any assistance by law enforcers, the relatives have being wandering on their own to no avail.

The families can't help but wonder who abducted them, to where, and where could they be now. They have even visited hospitals and funeral parlours all in vain.

The search has realy drained the families financially, physically and emotionally. Of the worst nightmares is when Mwangi's mother had to search among among the decayed corpses of unknown men who had been tortured and dumped in the River Tana in Garissa County.

However, it was so hard for Ms. Helen and other relatives of the abductees to identify any of the victims at the Garissa Hospital mortuary owing to the decomposition.

They remains were mostly bones and the flesh was peeling off their faces. There is no possible way to physically identify the bodies, with family forced to go the DNA way.

However, with the striking poverty, the family members have since lamented how they may be unable to affored the DNA costs, with some only hoping that God will bring the abductees back safely.

Like Wilson Mwangi, Isack Mwangi was also abducted by the same group on the same day. On the fateful day, Mr. Isack was driving accompanied by his wife Phoebe and their daughter aged 10.

The Kenya Wildlife Service (KWS) has been implicated in the abductions. The National Police Service via the Inspector-General Hilary Mutyambai, and the Directorate of Criminal Investigations (DCI) have also been mentioned.

Relatives are now demanding the abductees to be produced whether dead or alive. Listed as the first respondent in a legal suit filed by some victims' families, KWS has denied holding the missing men.