"Quick Recovery", Kenyan Police Boss Admitted After Being Rushed to the Hospital Because of This

Kenyan police boss Hillary Mutyambai is currently receiving medical treatment In one of the hospitals in Nairobi where he was admitted after being taken by a couple of police officers several days ago under unclear circumstances. 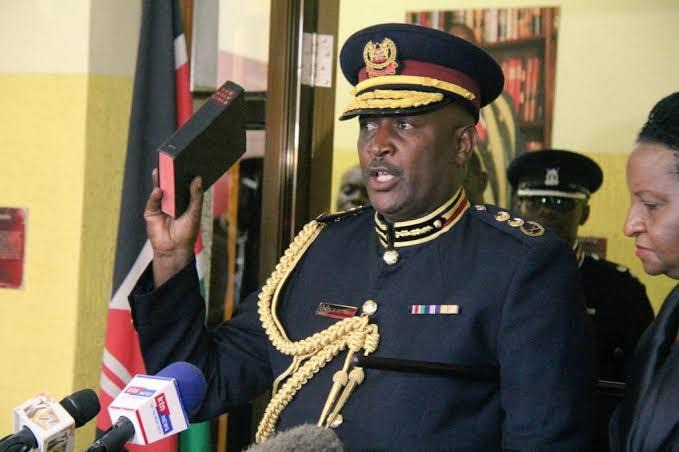 According to the reports given by a reliable source of information, it has been revealed that the Kenyan police department boss was taken to the hospital several days ago after he allegedly collapsed in his office where the news hit different media houses who claimed that a senior Police Officer was currently receiving medical treatment after collapsing in his office.

However, further reports given by an insider whose name was kept hidden for decuty security reasons revealed that the officer had visited the same hospital several days ago in a back and forth movement as if he had been ill way earlier before collapsing in his office.

This incident has however sparked alot of reactions from Kenyans who seemed to have been confused on why the police boss was rushed to the hospital and why his sickness was being kept a secret from all Kenyans.

With a section of Kenyans claiming that maybe this was the right thing to do because according to them, revealing his sickness might spread the already existing anxiety among already worried Kenyans, others went ahead and called upon the government to be open and tell them what is ailing him while at the same time wishing him a quick recovery. 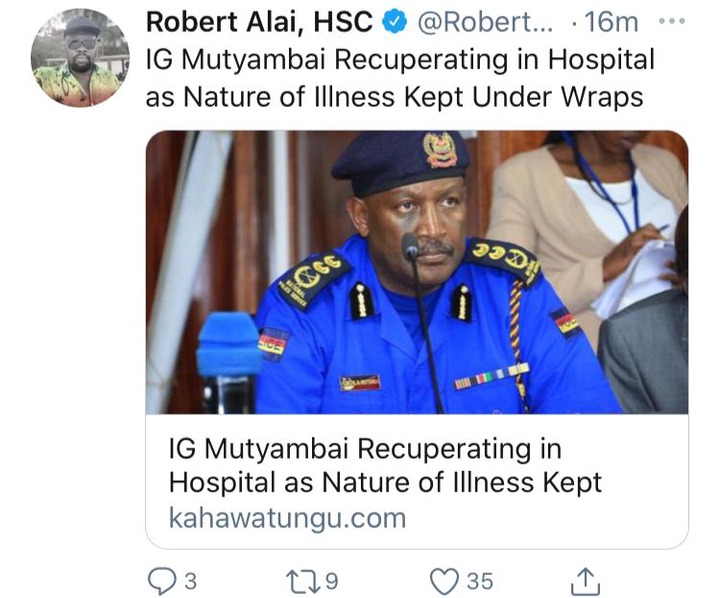 What is Asthma and What Triggers an Asthmatic Attack?

Types of headache and how to get rid of them.

County Governments to Shut Down If Treasury Fails to Disburse 102.6 Billion Owed to Them- Wambora

RIP: Kenya is Mourning The Death of Govt Official Who Collapsed In Mombasa And Airlifted To Nairobi

Foods That Are Harmful To Your Heart

My Neighbors Accuses Me Of Sacrificing My Own Son God Knows I Didn't Do It, Mother Cries

Local Aviation Company Weighs in on a Growing Trend by Travellers