New information has shown that the police officer who went berserk on Tuesday, December 7, killing his wife and five other civilians before turning the gun on himself was a man under investigation. 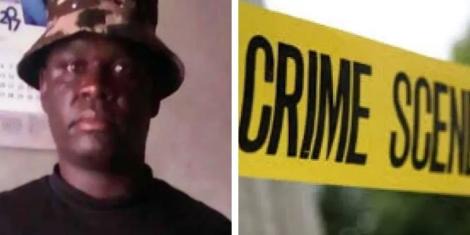 Colleagues close to Benson Imbatu revealed that the Independent Policing and Oversight Authority was investigating him.

According to insiders, Imbatu was involved in the murder of another civilian, Nicholas Lifedi, in the middle of this year, an incident that the IPOA has been investigating.

According to his coworkers, the killer officer was concerned that the investigation would pin him down after preliminary reports revealed that a firearm assigned to him was used to murder Lifedi. 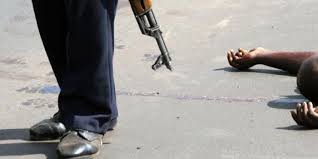 According to a coworker, the officer may have considered suicide since he was facing a probable prison sentence if he had been proved guilty.

"Prison is something that most officers dread. Imagine sharing a facility with the individuals you put in"He remarked.

Even while the IPOA conducts its probe, Interior Cabinet Secretary Fred Matiang'i indicated on Tuesday that the shooting spree could have been sparked by a feud between the officer and his divorced wife, Carol.

Three Tips on How to Attract Beautiful Girls Without talking

What the Bible Says About Revenge-(Romans 12:19)

Woman Refuses To Eat Food Prepared And Served By Son's Wife, Claims She Wants To Poison Her

Buzeki Finally Speaks on Joining UDA After Being Given a Warning

Greed Made Me to Serve 11 years in Prison: Woman Narrates