By GhostNews.Com (self media writer) | 18 days ago 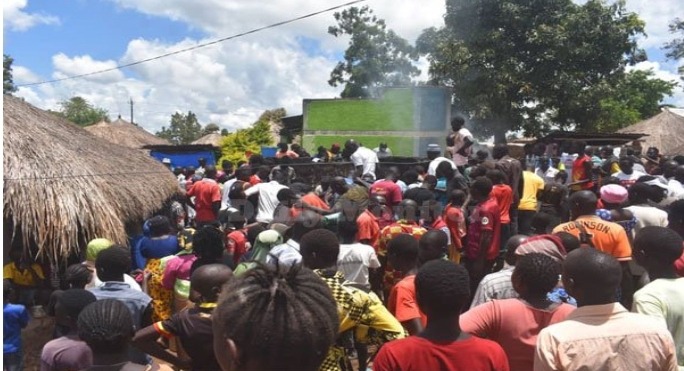 A thirteen (13) years old boy was burned down to death after his house where he was retrieving smuggled fuel which he was set to sell in the streets.

According to Daily Monitor, the young boy who has been identified as Kassim Ajo was with his friend with whom they locked themselves inside the house as they were fetching the fuel.

Accidentally, the grass thatched house caught fire which burned Kassim beyond recognition while his friend's whereabouts are still unknown. 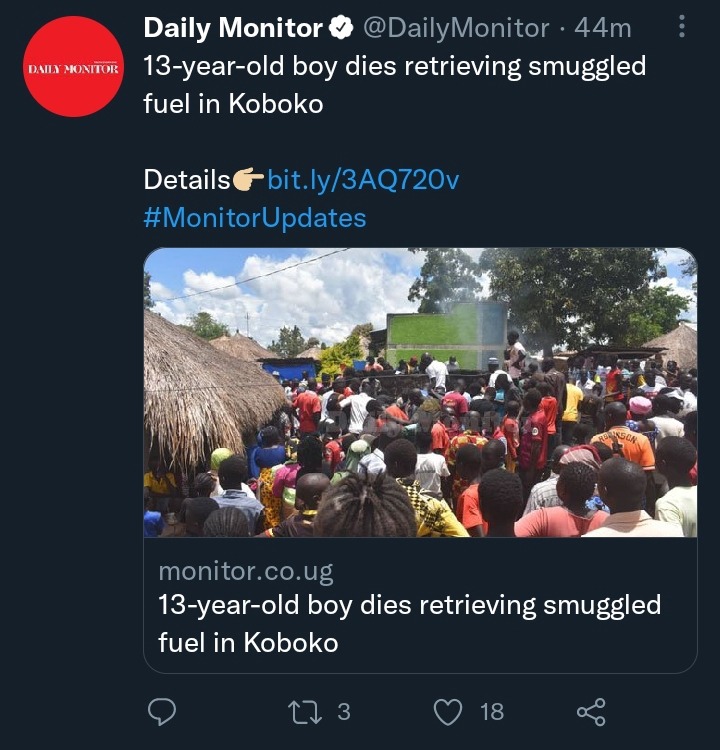 Confirming the incident, District Police boss Mr Samwel Abwang stated: "These two boys Kassim and Abibu went inside and locked themselves as they filled fuel for sale. Shortly after, I saw fire and the house was burning. We couldn't immediately rescue Kassim and Amuza is missing." 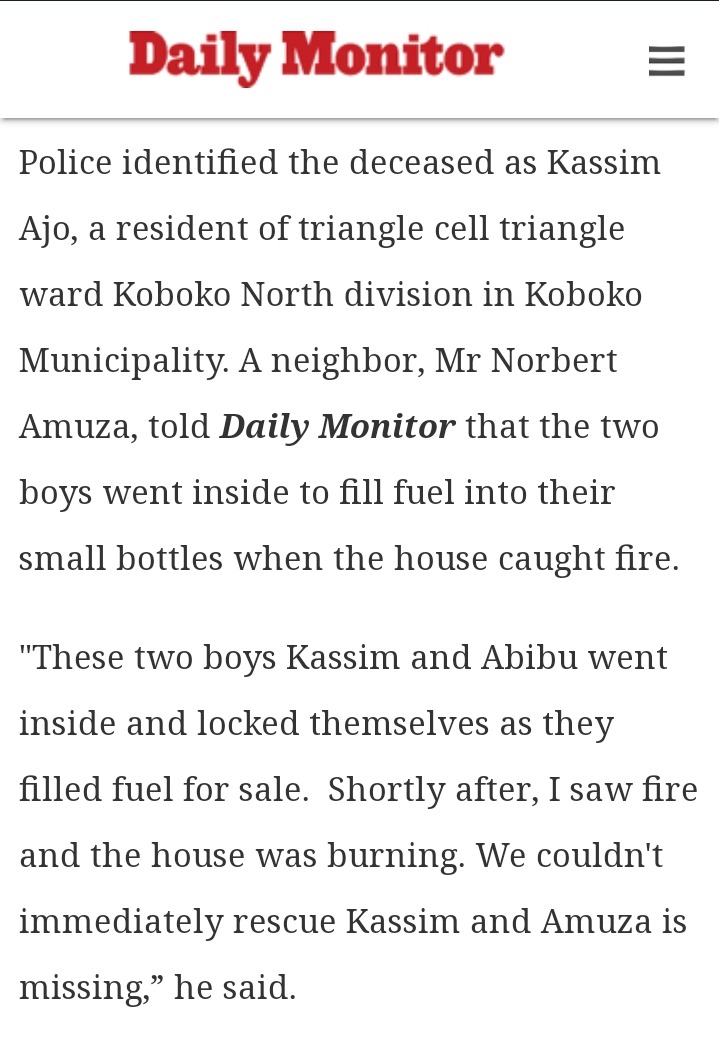 ﻿"The deceased has been dealing in a small-scale business of selling fuel along Koboko-Moyo road. Parents should stop their children from selling fuel illegally because it is inflammable." The police boss concluded.

Parents have been urged to take care of their children and avoid dealing in illegal businesses that could end up being tragic to their children.