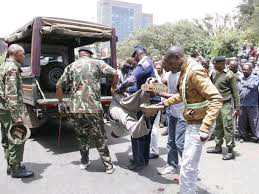 Panic as fugitive narcotics dealer who had been on the run for 12 years, was on Tuesday shot dead by thugs in Diani, Kwale county, police said.

Police reports revealed that Bosire Nyaigoti Makori, 41, was cornered by miscreants and shot dead while going home aboard a motorbike in the Ngerenya area on Monday night.

The late night attack was filed by the deceased's younger brother Mwaniki Makori at Msambweni Police Station under OB No. 89/06/12/2021.

An orange carrier bag holding 3kgs of brown and white substances believed to be illegal drugs, an electric weighing machine and Sh19,600 cash, was seized next to the body of the deceased, police report reads. 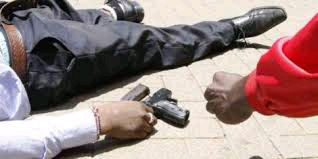 Kwale police commander Ambrose Oloo who confirmed the incident told the press that police have submitted the drugs for analysis.

“We sent police cops to establish what went wrong. A man who of the house was shot dead,” Oloo said.

Police also seized 4spent cartridges of 9mm from the scene. 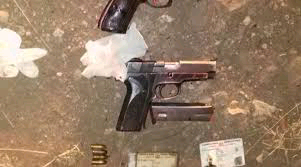 The body has since transferred to Kwale Sub County hospital morgue.

The body had several gunshot injuries around the head and chest. 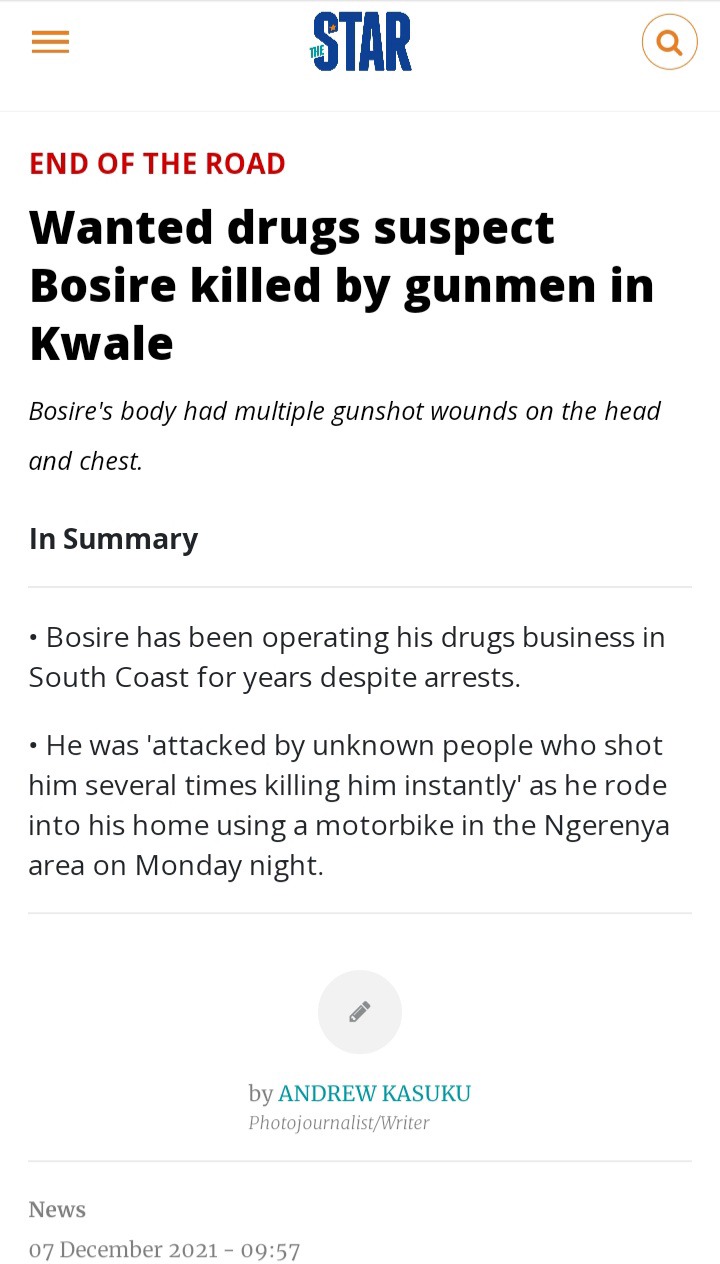