Businessman Who Shot a Woman He Mistook For Kangongo Found Dead

Businessman from Kitale who mistakenly shot a woman he taught was the fugitive cob Caroline Kangogo has been found dead at his home in Kiminini area, Trans Nzoia County.

Kennedy Muyundo, 58, was found half naked lying lifeless on the floor of his bedroom on Tuesday afternoon.

According to mrs. Florence Muyundo, his mother, workers of the deceased informed her that their boss had not showed up at work after leaving workplace at around 12.00am. He was also not picking their calls. 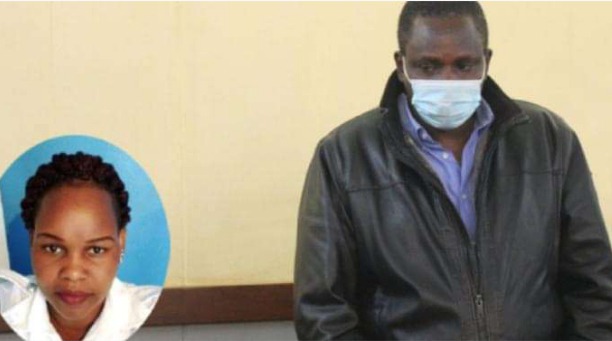 "They went to wake him up since they were supposed to go for an outside catering job but found the doors locked from the inside and assumed that he was still asleep. Time went by up to later in the day but still had not woken up," she told the Journalists.

With the help of the workers, Mama Muyundo broke the door and found the man's body lying on the floor, where they informed police officers of Kiminini Police Station who rushed to the scene and found juice and assorted drugs in the room.

Police have started investigations to establish the cause of his death.

The deceased who was a licensed gun owner was connected to a shooting incident which saw phanice Chemutai Juma hospitalized after sustaining bullet injuries.

Muyundo told police that he shot Chemutai on suspicion that she was policewoman Caroline Kangogo who was being sought by the police for killing two men.

Ladies, 8 Painful Reasons Why You Should Stop Falling in Love With a Married Guy.

Leave Your Woman If You Notice These Signs

DCI Arrest The Suspect Behind The Murder Of Juma