By DeepState1 (self media writer) | 20 days ago

Unrecognizable photo of Kenyan Woman who was rescued from her boss in Saudi Arabia has caught the attention of Kenyans who thanked the government for rescuing her. 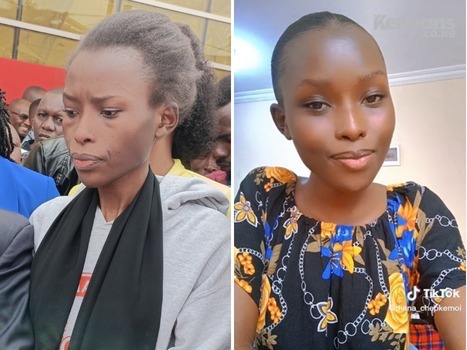 In a news report that has been shared by a reliable source of information, it has been revealed that the woman who has been identified as Diana Chepkemoi was rescued in Saudi Arabia by the government.

The woman who had gone to Saudi Arabia in search of work is reported to have revealed that she was being Tortured by her boss.

This was followed by a dramatic scene after she was rescued by several government organizations that brought her back to the country.

Few months after this, it has been revealed that the woman is now transformed, looks unrecognizable in her latest photos.

While reacting to her transformation, Kenyans who took to their different social media accounts to express their opinions on the matter have congratulated the government for their Quick action that allowed her to be rescued from Saudi Arabia.

According to the reports given by most Kenyans, they claimed that it is so unfortunate that most Kenyans are still going to Saudi Arabia despite the fact that Alot of people are currently dying in unclear circumstances in Saudi Arabia. 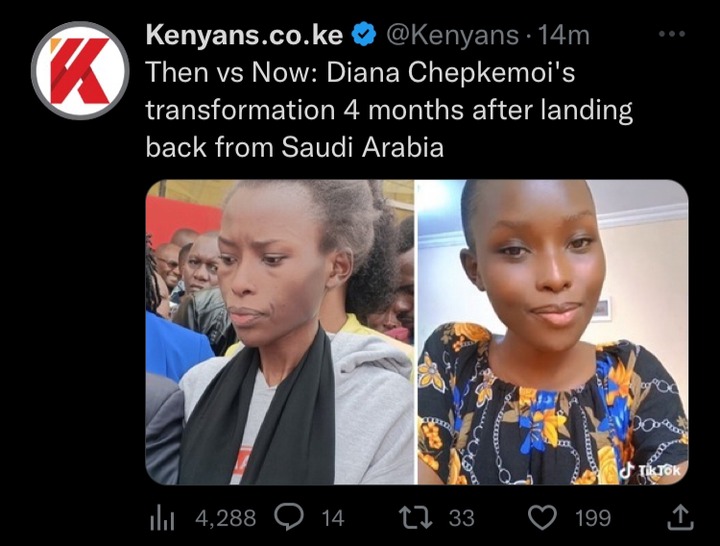 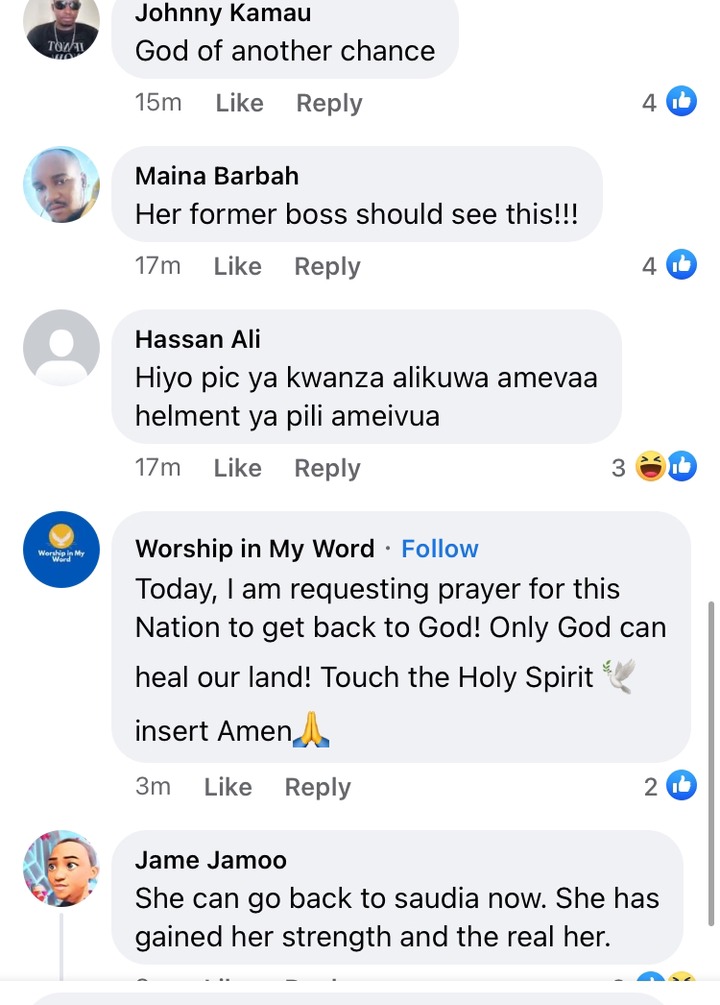 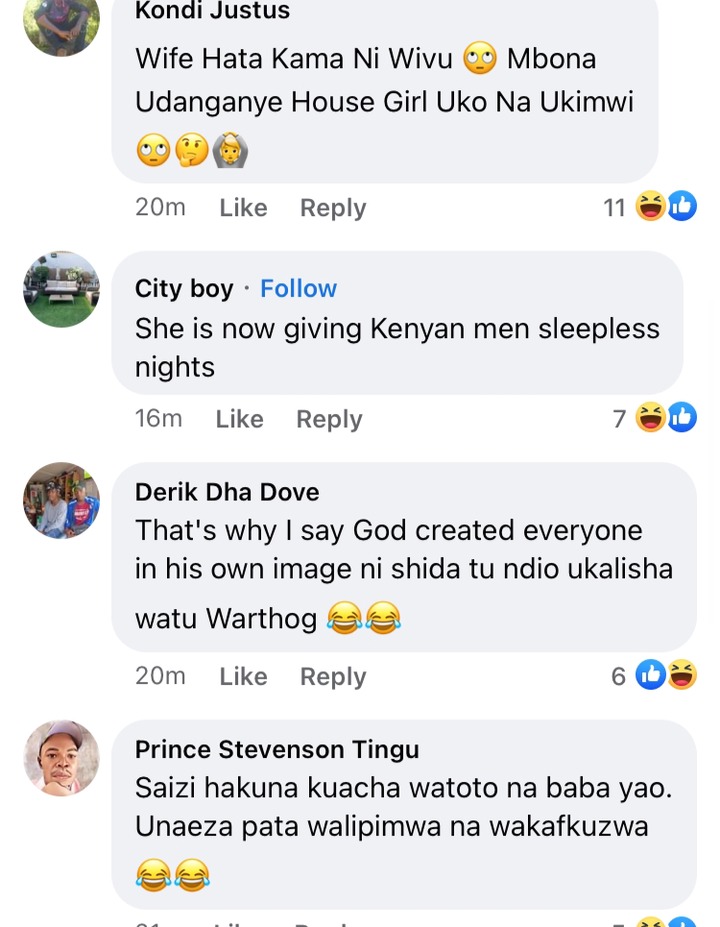