What Led to the Fall of the Famous Kenyan Akamba Bus

By PaparazziwaMtaa (self meida writer) | 2 months 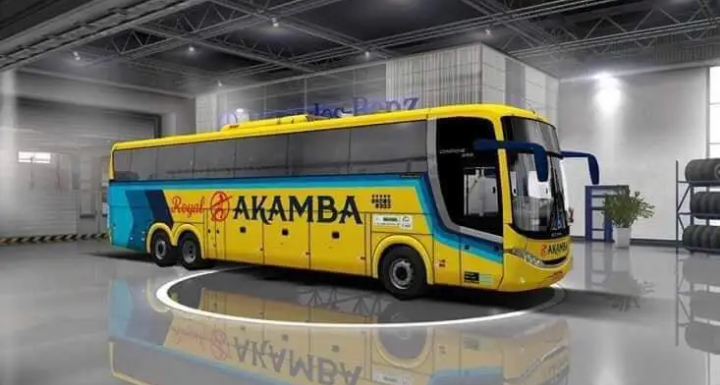 Akamba bus Limited was founded in the late 1950’s by a merger of three transport businesses under the able leadership of Mr. Sherali Hassanali Nathoo. It had a fleet of over 100 buses plying across the region. A household name in Kenya and it was a source of pride for the nation.

The company was doing well and making millions of shillings daily in bookings. They were even assembling their their own buses. During the 2010 Fifa World Cup in South Africa some of their buses ferried football fans to the event. Akamba was a big brand until the founder died.

The company’s woes began immediately when Mr. Sherali Hassanali Nathoo died in 2000 and his son Karim Sherali Nathoo took over. He wasn’t conversant with the business. He would storm booking offices and demand cash. The company made millions of shillings daily.

With this habit he encouraged workers who handled cash to steal since no one would ask questions if it was reported that the boss took the money. Remittance to company started going down. Rogue staff started stealing spare parts and branch managers created their own receipts.

Procurement officers became overnight millionaires. All these undertakings were taking a huge toll on the company’s financial health and by late 2010, there were already signs that the company was going under.

Wrangles began at the board level, the company failed to pay employees and suppliers, buses started experiencing mechanical problems leaving passengers stranded on the road and eventually auctioneers came knocking.

Before things went south, directors had not been in talking terms for weeks forcing managers to suspend commuter services after relations with creditors became sour. Frequent mechanical failures on the road started affecting the company’s image.

At some point, a bus would leave Nairobi only to get stuck at Nakuru or Kericho because it did not have enough fuel. Drivers had gotten to the point of asking passengers to contribute money to buy enough fuel to get them to their destinations.

By this time, failure to pay suppliers due to looting had eroded trust and firms that had been supplying fuel to the company in wholesale stopped. In 2011, auctioneers started going after the company’s properties.

By 2012, the damage that had been done on the company’s financial health, public image and employee trust was irreparable and had made the road so bumpy that it had to close shop.

Grab today’s Daily Nation. The whole story of how Akamba bus went down has been well explained by Peter Mburu on page 12.

DP Ruto Travels To Ukambani To Preside Over Economic Forum