Nana Gecaga: Meet Uhuru’s Niece Who Is The CEO Of KICC

By Milan_Njeri (self media writer) | 1 month ago

Nana Gecaga is the current CEO of the Kenyatta International Convention Centre (KICC), which is one of the country's tallest structures. Despite her affluence, she is an elegant woman who is well spoken and described as pleasant by people who know her. 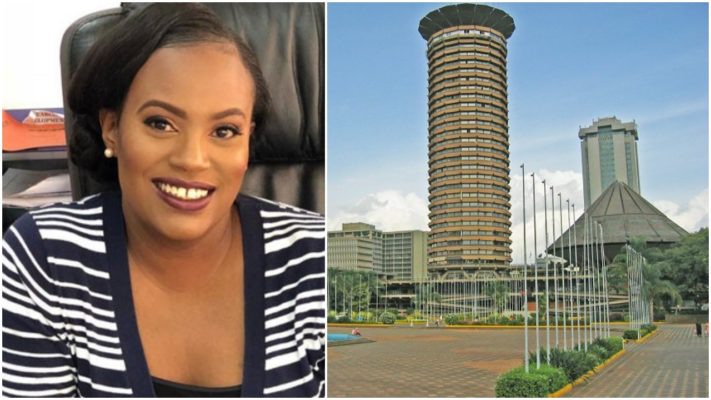 Nana has worked hard to get to where she is now, and she isn't hesitant to share portions of her journey if it means inspiring someone else. She has previously discussed her issues with alcohol in interviews.

She stated to MC Jessy on Jessy Junction that she was checking out of rehab at the age of 21, when others were just starting to drink. She also stated that alcoholism is a selfish addiction since one does not consider the impact on others who love them. Her battle with alcoholism was long, but she had a solid support system behind her that never gave up. She has been sober for over two decades now.

She wants to build a center for females to receive guidance and mentorship, as well as a drug rehabilitation facility. Aside from that, the KICC CEO says she enjoys engaging with individuals and learning about their lives.

She was a tomboy as a kid, who enjoyed running around, climbing trees, and riding bicycles, and even had a box hair cut when she was seven years old. The thought of one day becoming a business lady was the furthest thing from her imagination. She enjoyed athletics and competed in basketball, football, and track and field, setting records and qualifying for the Olympics. It was only as she grew older that she began to shed her tomboy persona.

Nana went to school in Kenya before migrating to the United States to further her education. She has dyslexia and was fortunate enough to have teachers who recognized this and were eager to assist her. Her study abroad experience exposed her to a different culture.

She earned a Bachelor of Science in Marketing from American Intercontinental University in London, United Kingdom.

She worked at KICC as the head of marketing and is credited as being one of the persons behind Kenya's successful bid to host the 2009 MTV Africa Music Awards.

The Kenyatta International Conference Center is one of the country's highest structures, and was once the tallest. It has been named one of Africa's greatest locations for conferences, exhibitions, and gatherings. Visitors to Nairobi stop by the landmark building's rooftop for a breathtaking perspective of the city.

While many people believe she received the job because she is the president's niece, she told KTN reporter Brenda Kerubo that this was not the case.

"If it were the case that I was the president's niece and had it easier, we (the KICC) would be defunct." The President does not come to my office to give me advice or to ensure that everything is running smoothly. So, that's a perception, and it's about changing that," she explained.