By Shahhhh (self media writer) | 22 days ago

A family from Lamu has called upon the local police officers to arrest a man who is reported to have taken advantage of being their close friend to force himself on their daughter several times.

In a report that has been shared by a reliable source of information, it has been revealed that the suspect who was a trusted family friend is a boda-boda operator who was allegedly given the responsibility of Ferrying the victim to and from Madrassa classes.

However, it is in the process of getting to know this family that the man knew about the whereabouts of the victim's family members using this chance to always sneak into their home whenever they were away after which he would allegedly force himself on her several times.

According to the reports given by the victim's mother, she claimed that her daughter revealed this to her after she decided to question her about a couple of things that she felt was not okay. In her own words, she said that Halima not her real name was afraid of telling her the truth due to the fact that the suspect allegedly threatened her.

After having a mother to daughter chat, Halima allegedly revealed that the suspect had his way with her several times after which he would either threaten her or give her money to keep her quiet adding that it was in fear of being caught that she decided to open up and tell her the yurt 'truth about this.

While reacting to this incident, the family of the victim has called upon the local police officers to track and arrest the suspect adding that their daughter is currently living in fear of being hurt by the suspect who is often seen Roaming free as if nothing had happened. 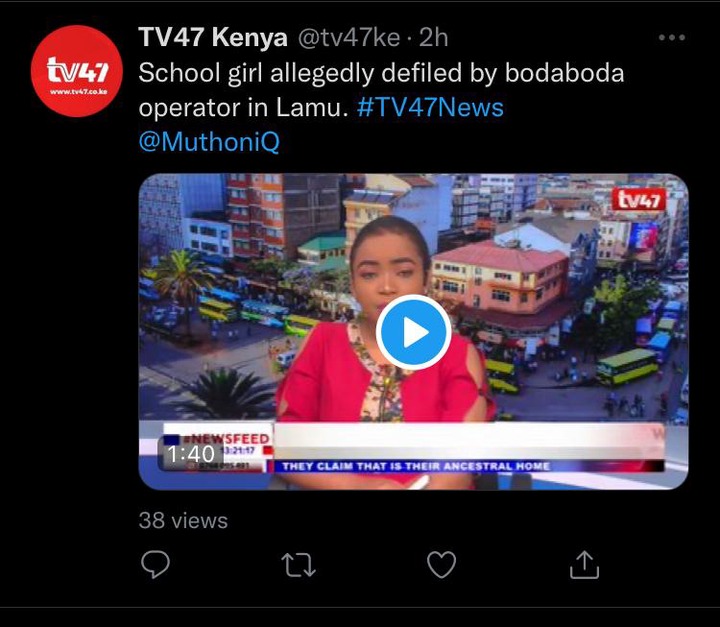 How Diabetes Inspidus can result in dehydration and coma if untreated.