Police officers from Migori are currently investigating an incident that happened yesterday in the evening after a police officer is reported to have committed suicide under unclear circumstances. According to the reports , the officer who has been identified as Ojwang , a prison warder allegedly killed himself on grounds of having a continuous domestic violence with his wife.

The deceased who was taken to the mortuary by police officer was found dead in his house where he had committed suicide by hanging himself under unclear circumstances.

In the post, the officer requested a couple of people to look after his family and children because in as much as he wanted to live, he revealed that he would be dead in the next few days.

The case has sparked a lot of mixed reactions from Kenyans who called upon the Kenya police Service to start looking into the cases of police officers with depression.

According to the reports given by most Kenyans, they claimed that mental health among police officers and Kenyans needed to be given the outmost priority in order to reduce the number of death among Kenyans due to mental health. 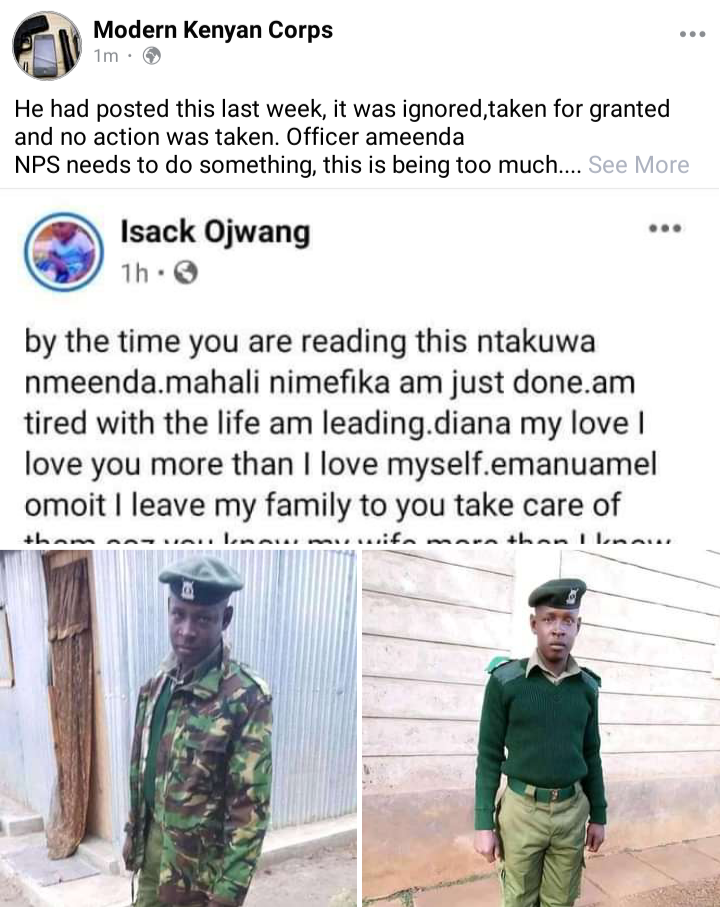 Baby necessities in an emergency situation

The Best Way to Prevent Pregnancy Apart from Using Condoms

How to Answer Some of the Difficult Questions Asked by Children

Benefits of Eating Ginger And Garlic