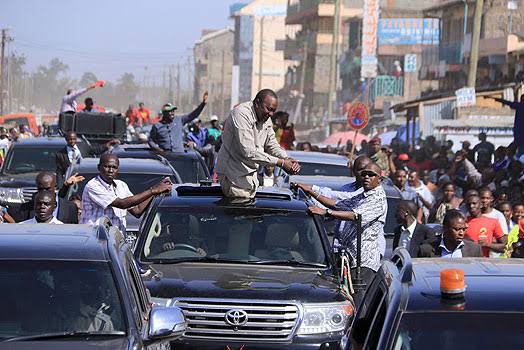 A day like today, seven years ago, a daring gun-toting gang snatched a BMW 735 model belonging to the presidential escort from chief inspector of police David Muchui at gunpoint in Utawala, Nairobi before disappearing into the dark night.

As senior police officers in Nairobi was busy making calls all over alerting junior officers in major Nairobi highways to erect multiple roadblocks and tighten inspection, dreaded Flying Squad operatives and Integrated Highway Patrol officers were deployed at the border points and bridges between Kenya, Uganda, South Sudan and Tanzania but could not trace the car. 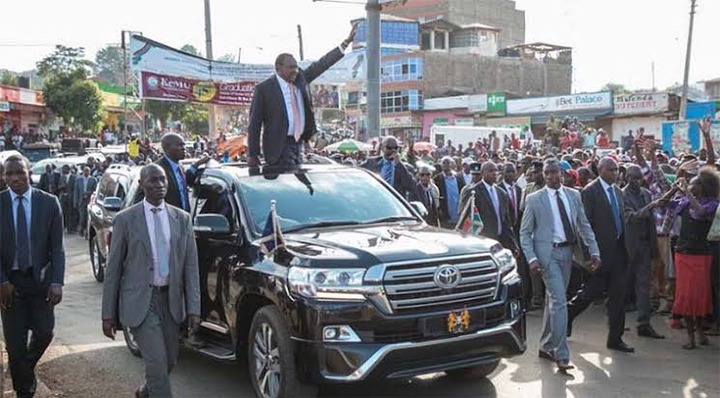 The thugs were busy getting rid of the BMW's tracking device in a Nakuru garage after sneaking out of Nairobi through 'panya routes' and drove to the Busia border in the same night.

They would later gain entry into Uganda after getting facilitation from rogue clearing agents at the border point.

As the government'st spokesperson kept downplaying the significance the matter, the luxurious was long gone and driven to uganda's capital of Kampala undetected.

After expedite Investigations, the police arrested Mr. Aggrey Ochieng, a mechanic in a garage where the car's tracker was vandalized in Nakuru.

Upon interrogation, Ochieng disclosed the contacts of the suspects and detectives swifty shared the same with their Ugandan counterpart through a senior Uganda police officer who was in Nairobi.

As the suspect was still at large, Ugandan detectives managed to get contacts of the suspect's girlfriend who first denied any connection with the accused.

Uganda detectives would later press her to cooperate and she finally gave in. 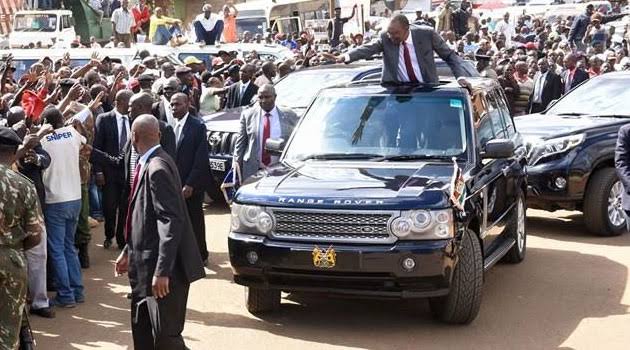 In the presence of detectives, the girlfriend was instructed to call her love where they had a normal chat as detectives keenly listened.

Detectives later directed the girlfriend to ask for a meeting with the suspect which he accepted.

When the suspect reached Kampala, he went to the meeting venue at Wandegeya, a Kampala suburb near Makerere university and boom! Tens' of plainclothes police officers had surrounded them and the lost car recovered.

The car would later be driven by Ugandan police to the Busia border where it was handed to their Kenyan counterparts and was driven back to Nairobi.

Five suspects among them a Ugandan clearing and forwarding agent, a mason and a Nakuru mechanic were later arraigned in Milimani law courts for the theft of President Kenyatta's escort car.

They denied the charge that they dishonestly handled and undertook the disposal of the car with registration number KAW 479 Y which had alternative registration of GK A 374 E and they were freed each on Kenya Shillings 5 million bond. 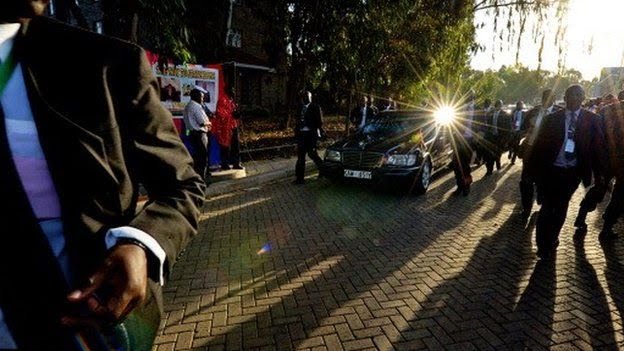 "He is The Best Defender In The World" Arsenal Fans Praise Their Defender In their 3-1 Victory.