"My Dubai Boss Paid For my Vacation And Increased my Salary Yearly." Irene Tells. 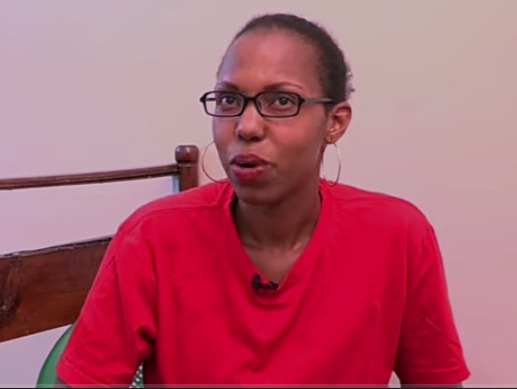 Life became hard in Kenya and Irene decided to look for greener pastures in Saudi Arabia. Even though life abroad was not easy she perceived the hardships. After working for one year in the same house, her employer sold her to another house. Unfortunately, Irene never knew about it. She was not paid her salary for four months. She was taken to work in a salon. When her contract was over she relocated to Kenya.

Irene worked in Saudi for four years before relocating to Dubai where she worked for four years. In Dubai life was good because her salary was increased yearly. Irene was employed by two brothers who lived together with their mother. Fortunetly, there was no a lot of work to do. Her work entailed cleaning the house and washing clothes. Most of the time she was free.

When her boss went on vacation in August Irene was permitted to visit her relatives here in Kenya. He paid for my ticket. I could spend two weeks in Kenya and later go back to Dubai." She adds. Her life there was nice. However, the employer gave her the freedom to go shopping, meet with friends and went for swimming. After her contract of two years was over Irene decided to leave the job and come back to Kenya.

However the employer persuaded her to extend her contract. But on one condition the brother was to increase her salary. Luckily he increased her salary and Irene continued working. Unfortunately, the mother was not happy about the idea of her renewing the contract. And so she stopped giving her food. 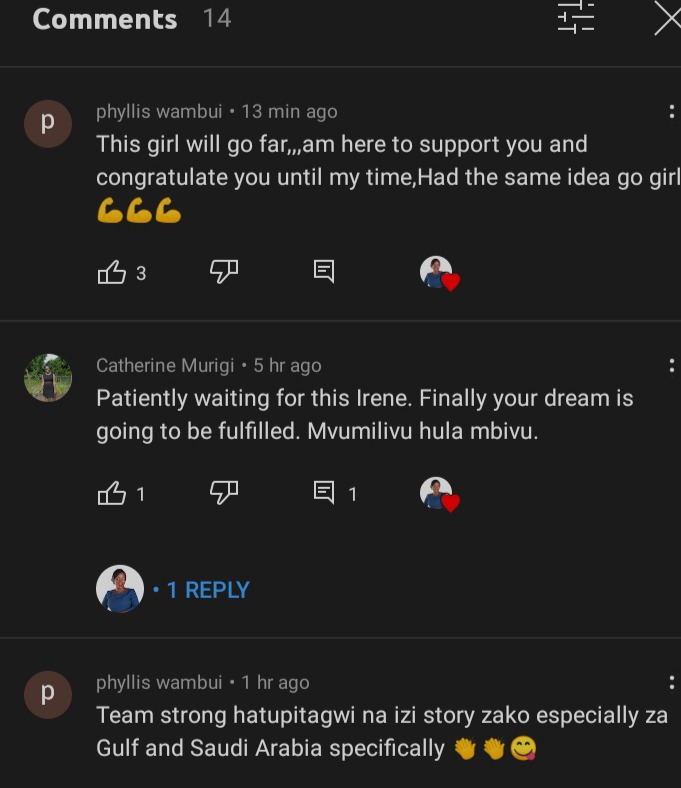 The company she invested in was good. They processed everything for her while she was still in Dubai. Fortunetly, after she came back to Kenya she was able to invest in other projects. In the recent past, she started home to take care of the children whose parents are working abroad. Irene states in the year she will officially open her business.

She aims to take of the children while their parents are away.