"My mom used to call me her brother." Mtumba Man narrates his sad life story

By Gossipgloss (self media writer) | 2 months ago

Steve Sande Opondo alias Mtumba Man had a good childhood but little did he know that things would change for the worst. He would literally go through hell while growing up. He lost his dad in 1998 and that marked the beginning of his troubles. They then went to live with the father's family members but they were mistreated and this led to his mother and sister leaving to search for greener pastures. He was left alone in the hands of the brutal family members and they really made him suffer. He says he had jiggers all over his feet and they even became deformed. He still has the scars on his feet upto date. He was always beaten too.

He suffered for almost three years before his mother sent an aunt to get him. The aunt broke down in tears when she saw the state of her nephew. He went to his grandmother's home in Malindi. Upon reaching there, the grandmother told him that his mother and sister had relocated to Nairobi. Since he wanted to be reunited with them, he decided to find them in Nairobi.

Before he went, the grandmother told him that his mother had remarried and the man should not know that he was her child. He eventually reached Dagoretti where they were staying. The mother insisted that he should pretend he was her brother. It hurt him but since he did not want to break the relationship, he allowed his mom to introduce him as her brother. His own sister used to call him uncle.

He decided to look for a job, and became a hawker. It is then that a video of him wearing womens clothing went viral and he became famously known as the Mtumba Man. 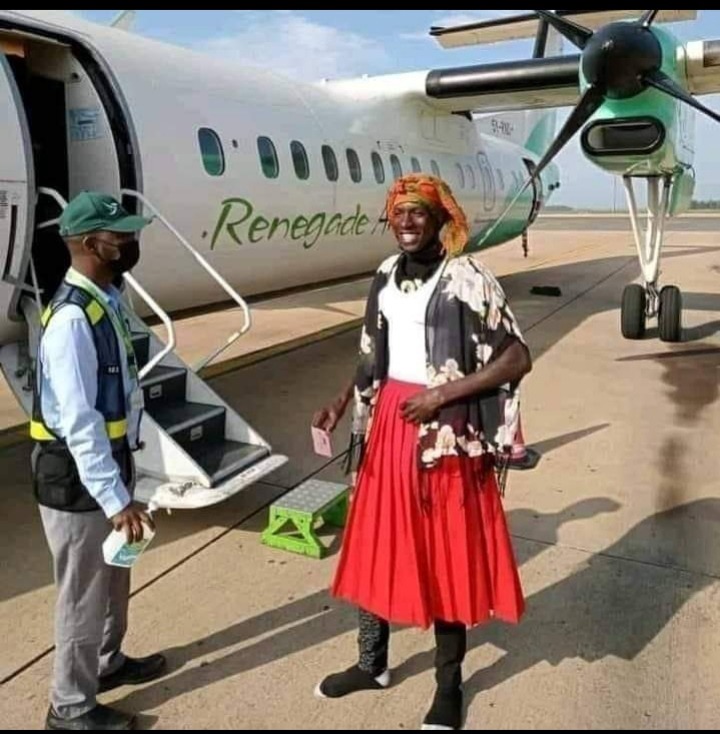