8 Photos Of How Humans Have Polluted Nature

By BenRCtheCreator (self meida writer) | 2 months

This list has a collection of facts showing nature’s most current “bad mood”, and in this case, only humans are to blame. Experts define nature’s “mood swing” as a nervous climate. The main reason for such a typical behavior is the overheating of Arctica, causing Greenland’s ice sheets to disappear rapidly, it is happening 2 times faster now than it was 10 years ago. 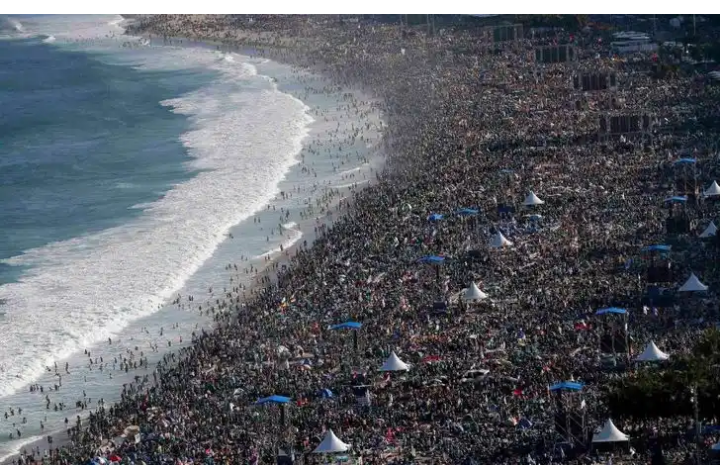 Scientists’ forecasts claim that the Earth’s population will reach 9 billion people by 2030. 101 years ago in 1927, the population of the planet was only 2 billion. 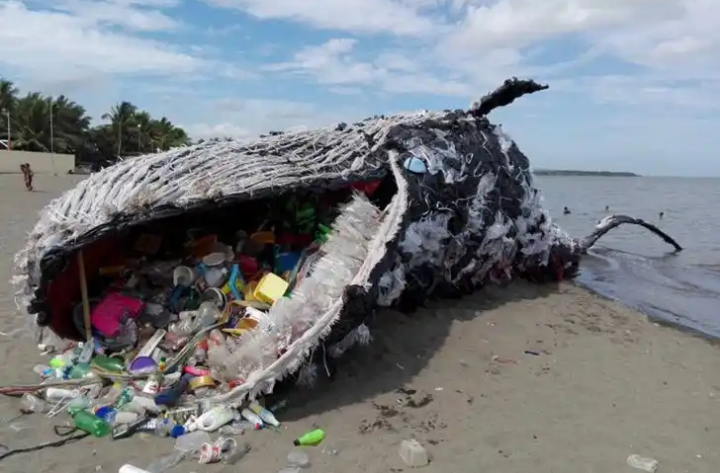 Plastic pollution is becoming a more serious problem every year in the seas and oceans. There has been some cases of whales chocking on plastic debris and washing ashore. People of The Greenpeace Philippines raised an awareness on this by installing a replica of a dead whale on one of the beaches in South Manila. The entire installation was made from the plastic wreck found in the ocean’s waters. 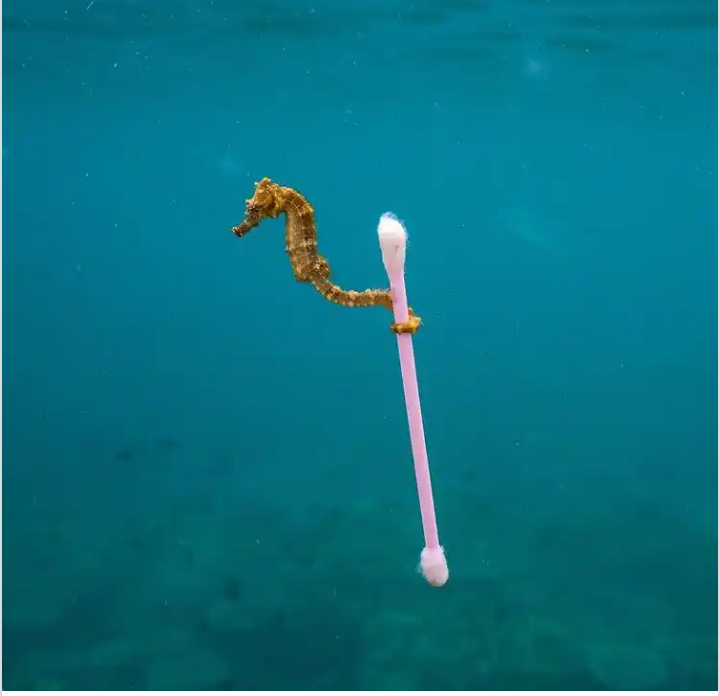 Annually, 260 million tons of plastic debris get into the ocean resulting in the formation of huge plastic continents. The biggest one is located in the Pacific Ocean taking up 10% of its surface.

Pink color in one of the Russia’s city reservoirs 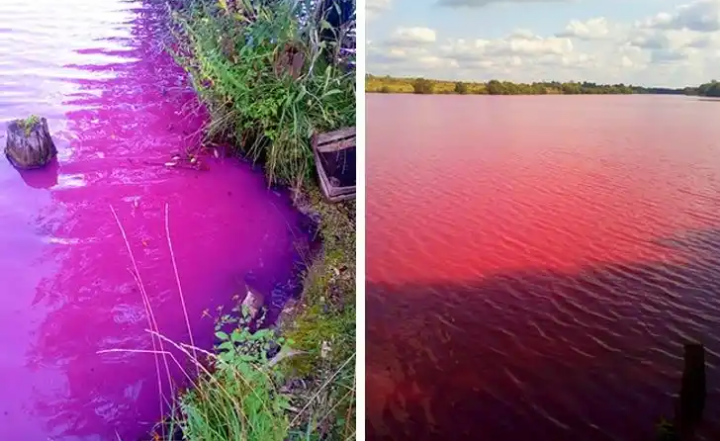 Change in the chemical composition of the atmosphere causes the formation of acid rain. It poisons the environment and contaminates soil and water reservoirs.

Felling of tropical forests in Brazil 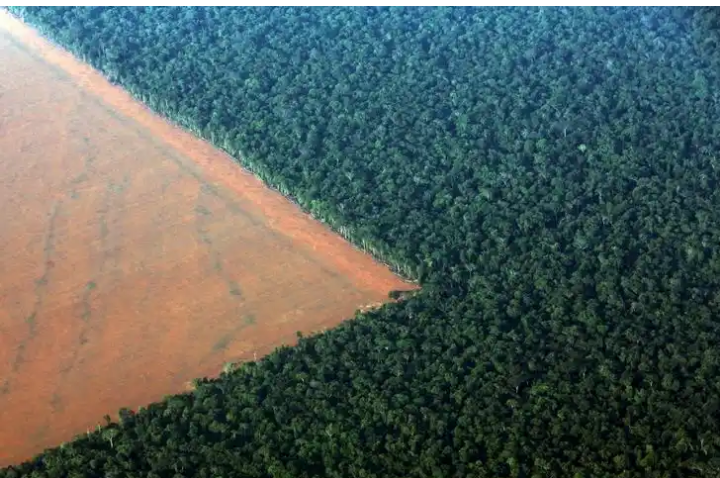 There would be almost no forests left if the loss of agricultural land was compensated by deforestation. If the humans keeps the current pace of deforestation, all the forests will be destroyed by 2040.

A Siberian tiger came out of a forest to find food 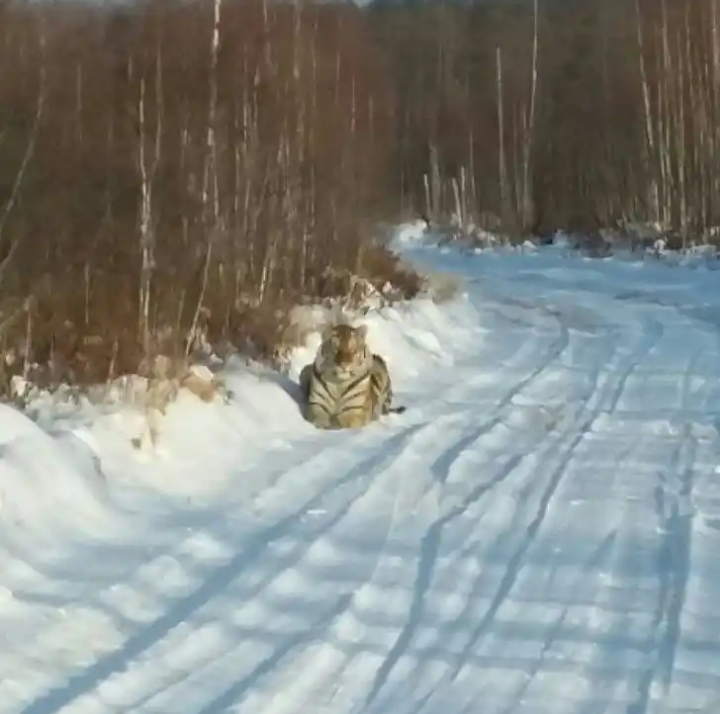 The Amur tigers started coming out on roads hoping for a misstep of people that would provide them with food due to poaching and illegal hunting. Many different starving wild animals have to adapt to these new living conditions. Another global problem that threatens our wild is extermination of forests.

Abnormal cold in regions where it’s not typical 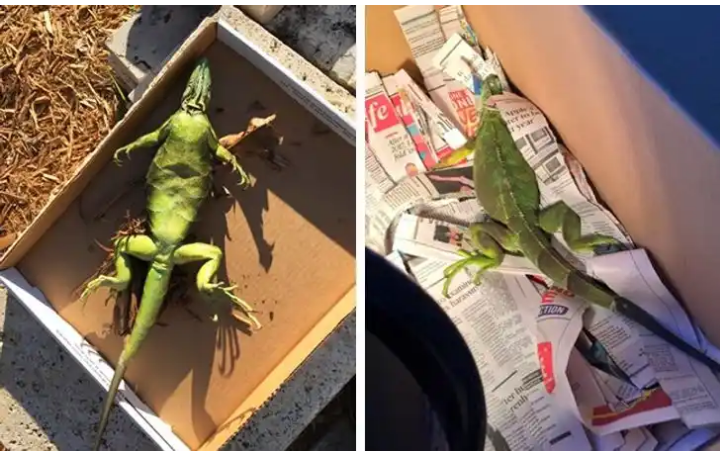 It appears that the whole world has seen the photos of alligators hibernating in ice as well as iguanas that have fallen into a state of anabiosis. While alligators are adjusted to such dramatic changes in temperature, iguanas are not that cold-resistant and extreme cold means death for them.

A polar bear dying of hunger on the Arctic Ocean shore

This is the best display of our planet’s global warming problem. Polar bears hunt for seals from sea ice floes, but each year the amount of ice decreases, which means that these wild animals have to live off fat stores that accumulated during winter when the formation of ice happens naturally.