By Rasheedy (self meida writer) | 24 days

A clinical officer has been charged with stealing renal drugs worth ksh5250 after sneaking into the Renal Intensive Care Unit at KNH and stealing medicine meant for patients undergoing dialysis there. Calvin Gideon Omondi Omollo is accused of stealing 21 pieces of RECORMON medicines from Kenyatta National Hospital in Nairobi on May 19, 2021. Calvin, who is charged on three counts, is also accused of forging KNH employee identification card No 55951 and passing it off as a genuine KNH staff card. 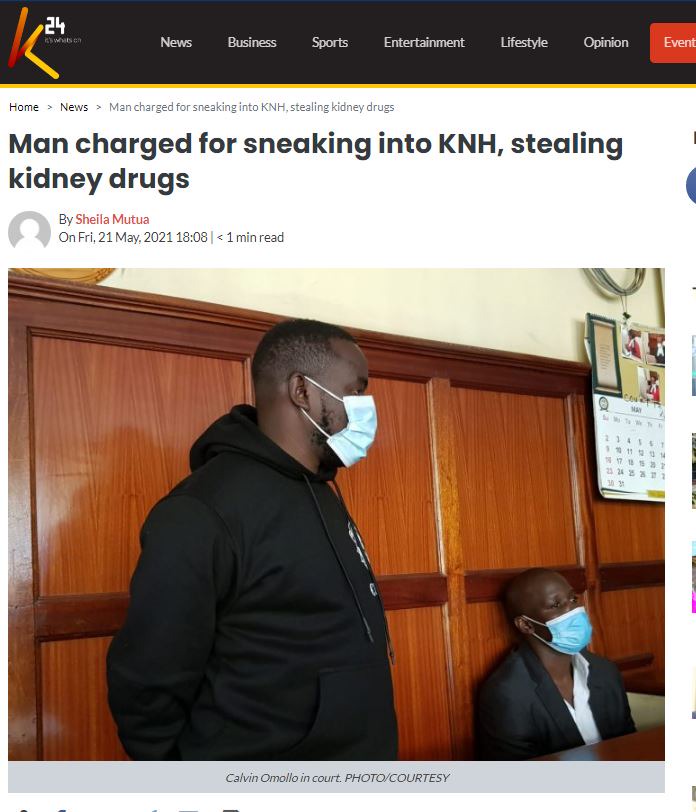 According to the police report obtained by K24, on May 19, 2021 at about 1200hrs, one member of the staff named Alexander was in the office at the hospital's Intensive Care Unit when he saw the accused, who was dressed in a white dust coat, heading to where they hold stationary when on a phone call, picking up a document and leaving. Alexander said that he kept an eye on him because he seemed to be a weird looking fellow. Alexander opened the fridge as he heard him heading to the drugstore. He (Alex) alerted his friends, and when the perpetrator saw, he began fleeing. However, he was apprehended by hospital police. 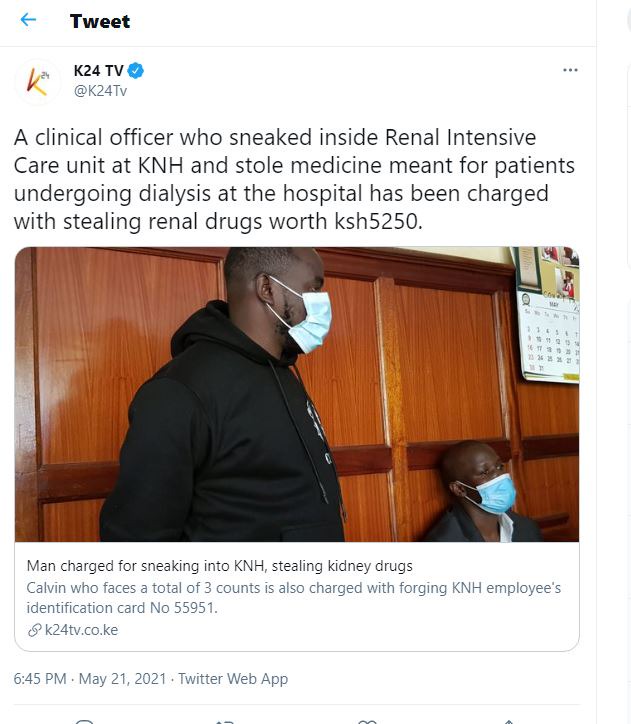 The accused had hung the identity card of a KNH employee around his neck. The accused's black bag was searched by police, and 21 pieces of RECORMON drugs were discovered. Preliminary findings revealed that the accused is not a KNH employee because his identity card has 5 digits rather than 6. The staff at the dialysis unit determined the importance of the stollen drug, which included the names of patients who currently receive dialysis twice a week. Calvin entered a not guilty plea before Nairobi Magistrate Caroline Muthoni Njagi and was released on a ksh100,000 cash bail. 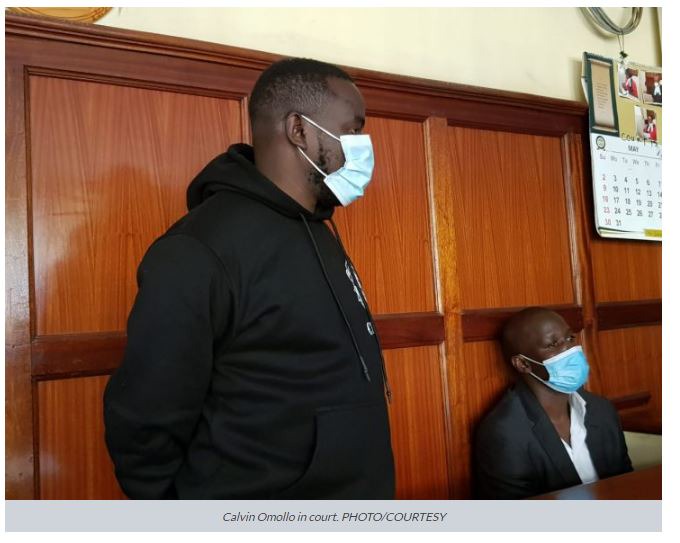