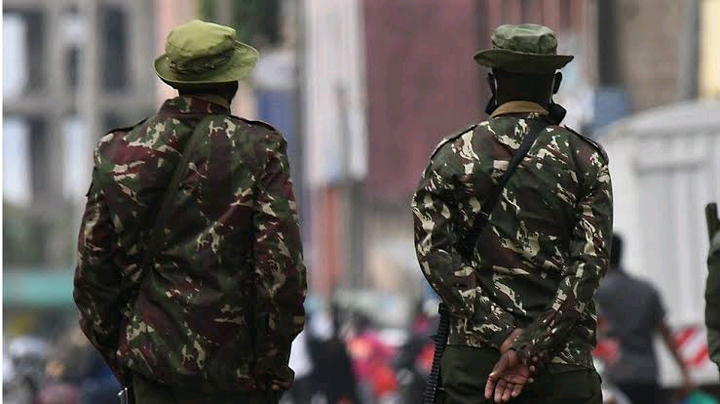 Two traffic cops in Machakos have been arrested stealing samsung galaxy from a university student.

The pair are now in cell after they allegedly attacked a university student stealing his mobile phone and other items.

Kevin Sila and David Muringu are alleged to have blocked two Machakos University students as they rush to their rented hostels on the wee hours of Monday morning.

Directorate of Criminal Investigations (DCI) in a post said that the two officers who were moving on bike then pounced on one of the victims slappingthrm and kicking them.

They later frisked their pockets before robbing him off his valuables.

"His friend successfully flee by whisker and took flight raising alarm attracting the attention of members of the public who also later turned out to be students from the university," wrote DCI.

Students therefore surrounded the scene and saved their colleague.

Attempts to escape by the two officers proved futile after returning back the stolen smartphone as officers from the Machakos police station had already responded and nabbed them. 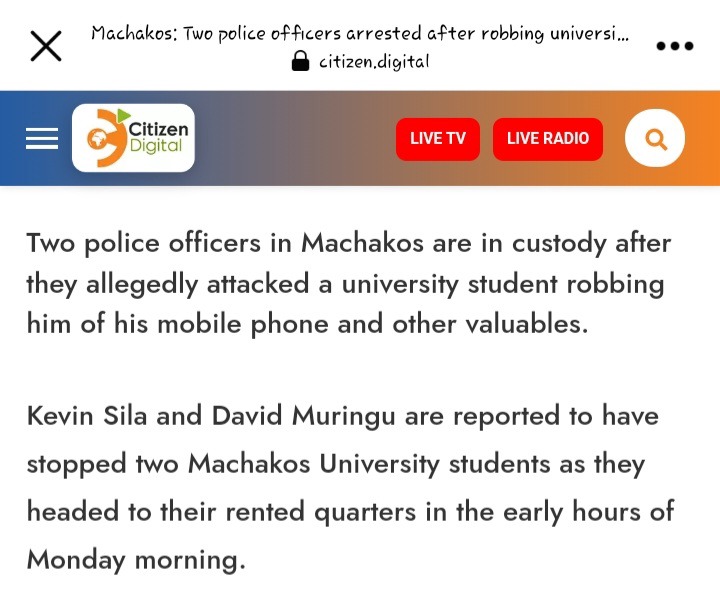 The two will remain in cel at the Machakos police station pending their arraignment.