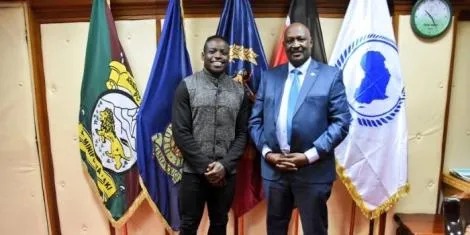 Omanyala stated he would be joining the service as part of the General Service Unit's (GSU) elite Recce Squad.

The sprinter is expected to begin his work in January but will not be going to Kiganjo Police Training College (KPTC) for training.

Omanyala was briefed on his new role by Inspector General of Police, Hillary Mutyambai, at his Jogoo House office.

Those present during the event include Dean of Students University of Nairobi, Johnson Kinyua, and the Student Union (UNSA) Head of Communication, Joshua Sirma.

The sprinter expressed gratitude to the NPS and the government for supporting talent. In addition, he promised to repay this kindness with success in the track events.

"It is an honour to serve the National Police Service and I promise to give my best as an athlete. I also understand that there is life after sprinting," he stated.

On his part, IG Mutyambai urged Omanyala to maintain his sporting discipline for him to utilize his full potential as well as deliver on his new role as a Police athlete.

"I wish you well in the service for your country," the IG stated.

Omanyala, a second-year Bachelor of Science student at the University of Nairobi, rose to stardom when he clocked 10.01 seconds on March 30, 2021 in Lagos, Nigeria.

The event was dubbed the 'Making of Champions (MOC) Grand Prix' where he met the qualification for the Tokyo 2020 Olympic Games. 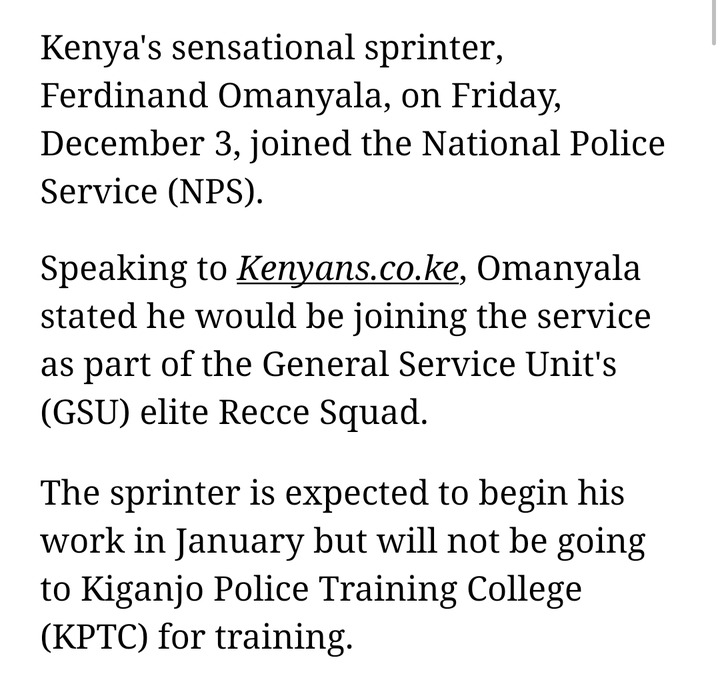 My Declaration On 23rd January Will Cause An Earthquake In Kenyan Politics: Mudavadi